← A Crown of Golden Leaves – Trailer
Chaos in the Aftermath →

The Ordeal of the Soviet People

How Dare The Birds Sing is a dramatic love story set in WWII that tests the limits of the heart. What served as your inspiration while writing this story?

My belief is—and there are thousands of examples depicted in history—no unbearable life circumstances can prevent human hearts from loving another human being. Just to add one more tale about it served as inspiration to write Lyuba’s story.

Lyuba is an intriguing character that goes through a dramatic change. What were some driving ideals behind her character arc?

There were millions of Soviet girls and women who lived in the same circumstances as my main heroine, Lyuba Zalesskaya. Despite the life of constant fear under Stalin’s oppressive regime once Nazi Germany attacked the Soviet Union, the majority of the population stood up to defend their motherland against the aggressor. So did Lyuba. With her as the example, I wanted to show a few slices of that struggle, especially for readers not closely acquainted with Russian history.

This is a fantastic historical romance novel. What draws you to this genre?

The motivation comes from the realization that although there are hundreds, maybe even thousands of novels devoted to WWII, there are really not too many books that discuss the aspects of war on the Eastern Front and especially the ordeal of the Soviet people in the Wehrmacht occupied territories (at some periods about 70 million people). As with all my books, this one is my way of adding rarely covered details that illuminate an intimate part of the Russian war seldom seen in fiction available to Western readers.

I just started working on another book in which the events evolve against the backdrop of WWII, but since it’s in the phase of research and has even no working title yet, I think it would be premature to talk about it. However, I just recently finished Too Many Wolves in the Local Woods, which goes into publication on May 5, 2020 as a part of a 10-book collection The Road to Liberation dedicated to the 75th anniversary of the end of WWII. 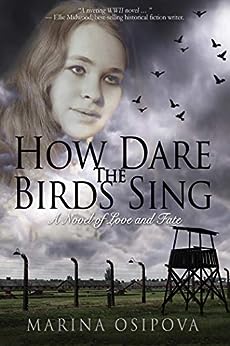 Are Lyuba and Günter star-crossed lovers? When they first meet in 1933 Soviet Russia, their young love is filled with hope and naiveté until Günter disappears. Her fleeting relationship with him has devastating consequences, forcing her to take a humiliating way out to save herself and her family. This choice unleashes a sequence of fatal events that shatter her life, affecting everyone involved.

In June 1941, World War II comes to Russian soil, hurling Lyuba, along with millions of others, into the inhuman grinder, testing the limits of her strength and resilience of her heart. Will it be strong enough years later to allow her to reveal the ugly secret she has buried from the only person the war has left for her to love?

← A Crown of Golden Leaves – Trailer
Chaos in the Aftermath →