← The fortieth thief: A fairytale for children and not-children – Trailer
Start Their Running Journey → 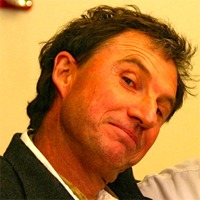 Shave Ice Paradise follows Gina as she sets out to solve a murder mystery that exposes her to the dark underbelly of paradise? How did the idea for this novel start and change as you wrote?

From the moment we meet Gina, we are on her side. Like when Little Red Ridinghood leaves the safe confines of home, we want to warn her, “Be on the lookout for wolves dressed in pinafores!” It’s inevitable that our hero will encounter what is waiting for her in the dark forest: love and loss.

I confess, the characters crack me up. I love their spicy attitude, how they tease each other and never give in. I appreciate Moreno’s explanation of monster trucks, a phenomenon I’ve never been able to wrap my head around.

I enjoyed the mystery at the heart of this story. Did you plan the novel before writing or did things develop organically while writing?

The writing process begins with the characters, a wild and unruly bunch. I talk with them about my plans till I’m blue in the face, it’s no use, they’re going to do things their own way. It’s a mystery novel, but in my view, at the heart of Shave Ice Paradise is a love story.

I’m currently seeking publication of my fourth novel, RIFT. Hours after a powerful earthquake strikes San Francisco, world-renowned architect, D.T. Hiro, arrives from Tokyo and finds himself entangled in a violent street protest. Stepping in front of a police baton to protect a stranger, Hiro meets a kindred spirit. The death of a beloved street musician, the destruction of Alcatraz, and two gritty survivors ignite a vision of compassion that heals a city and renews our faith in second chances.

Following her aunt’s suspicious death, Gina Mori, daughter of a Buddhist minister, searches for a missing handbag and discovers the dark underbelly of paradise. In the course of her investigation, Gina falls for Julius, a stream biologist who has recently moved to Hawaii. After discovering her lover’s secret past, Gina must confront her own demons. A local girl stuck in a dead-end job, Gina stalks corrupt officials, exposes shady land deals, until at last, she comes face to face with the man who murdered the woman who raised her. Shave Ice Paradise has all the ingredients of a delicious mystery: an unsolvable murder, a delightful cast of trusted friends, and an evil antagonist, with plenty of twists and turns leading to a satisfying and unexpected conclusion.

← The fortieth thief: A fairytale for children and not-children – Trailer
Start Their Running Journey →