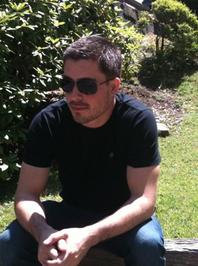 Your untitled story was a short based on a family’s quiet night at home that quickly goes awry. What was your inspiration for the characters in the story?

“Inspiration is definitely a strange thing… For me, it tends to derive from a simple thought or vision of something pretty meaningless. I remember having the simple picture of a coffin in my head which quickly lead to the idea of its sudden appearance within a household. This alone inspired me to write about it and where it came from; the typical questions of who, what, where, when and why. The characters themselves are pretty simple. I meant to try and have them encapsulate how death or dying appeared to them (as seen through their differing perspectives) and perhaps how we, as people/readers, tend to view things…whether that be through past experiences or via our imagination due to a lack of experience. Then there’s the pain of experiences the death of the loved one or friend…and that ultimate question of whether we actually deal with it or not.
I try not to explain too much since I thoroughly enjoy seeing how people respond differently, so hopefully my words can act as supplemental material to the story more than a translation. If nothing else, hopefully it spooked the reader just a bit.”

You have another story out, Bitten, about another innocuous night that goes bad when an insect bites one of the characters. The reviews on that book have been go so far. How did you come up with the plot for the book?

“This story actually came to me when I thought a bit more about my favorite Emily Dickinson poem “465.” I wanted to include this poem at the beginning of the short story, but due to copyright laws and the like, I wasn’t certain my story would go through publication with it attached. I also wanted to attach the first few lines of T. Brigham Bishop’s song “Shoo Fly,” just for fun. But back to “465,” I loved the imagery I saw through Dickinson’s few words and found myself playing with them and wondering what the significance of the fly was and what would happen should others come upon a buzzing fly. The story had initially taken on more of a metaphorical stance at first (very similar to ******, Untitled) but soon evolved into a standard horror story with those initial metaphors more hidden and not so blunt. I want people to have fun with what they read, and if they find something a little more underneath the terror, that’s just an extra plus for me”

It looks like you have several other stories in the works. What story do you have coming out soon that people should look out for?

“I’ve been writing for over ten years on various things and have never “published” until now. With the ease of putting stuff out there and allowing the public decide what they like, I have no problem getting what I have out for the masses to hopefully enjoy, if not just a little bit. So, with that, I have a few more creepy tales as well as some “basic” fiction items I mean to put out. But, for now, I am hoping to release a few more of the horror tales. “Natural Tomb” (about a grave robber) will probably be my next release, followed up by “Shadeful” (about a woman reflecting upon a memorial of a crash site she comes upon) and then finalized with a printed collection of these stories that will be joined with a new story of mine: “The Canal” (about coyotes in a canal behind a boy’s house…and something else that lurks there). But we’ll see what happens! Inspiration strikes at strange times and inspiration pays no mind to predispositions or set plans” 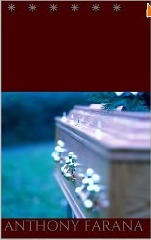 On a stormy night a family reads to pass the time, enjoying each other’s company, when there’s a noise in the garage. The father goes to investigate and what he finds will change his family. Truths will be told, emotions will run high and quiet nights at home will never be the same.

This short story was a quick read, but it took me a while to get used to the grammatical structure that reminded me of stories I read in college. While I thought the prose was collegiate it reminded me of the writings of Oscar Wilde. True to Oscar Wilde’s form the story takes on a bit of morbidity, describing images of corpses and blood that break up the stories abundance of internal turmoil. While the tension is built steadily through the story the ending is somewhat anticlimactic as it seems that the emotional turbulence of the characters end up being products of their own imaginations, fears and insecurities. But the level of tension achieved in the story with just character insecurities is well done. Lastly, the story is untitled which made it nearly impossible for me to find the book online through any search engine. I would imagine that anyone that wants to find and buy the book would have a hard time. So if you want to find the book you can just follow these link for your Kindle.