The Pearl Territory: A Surreal Drama 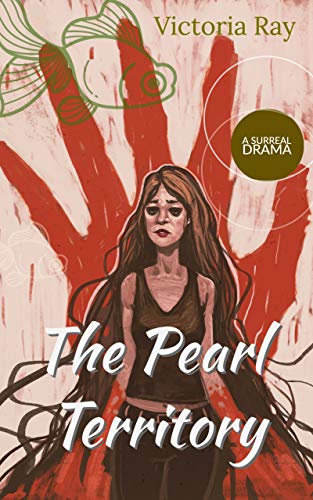 The Pearl Territory is a suspense filled; sci-fi, surreal drama written by Victoria Ray. The Pearl Territory is the story of 1,296 people that survived the near annihilation of earth after a gamma ray hit the earth. Living inside a colony called Netericus, on Titus, people are becoming frustrated with the huge number of rules and restrictions. A group of six Titanians are sent to explore the Pearl. They hope to find a new home that humans can live in.

The novel has a variety of settings, ranging from newly discovered Pearl to Netericus, to flashbacks of earth- in city’s such as San Francisco. The story is predominantly set in Pearl. Author Victoria Ray provides the reader with vivid descriptions of its water covered land, and unique formations that can only be seen if they can be imagined. Flashbacks provide melancholy descriptions of earth, and the towns they miss and love. The time also ranges from the present day (2718) to the 1980’s on earth. These setting changes (both geographical and time) are easy to distinguish by the in-depth descriptions Ray writes.

There is a large cast of characters in The Pearl Territory. Thankfully, Ray provides a list of characters at the start of the book. There are some more prominent characters in the novel, such as Pain, Rai, Mr Time, Pastor Hoff and Bou. The character cast is made even more complex by the different types of characters, for example the Titans (primitive and advanced), the heroes, mutants, Hreens, those from the past, those from earth, from Nirvana, and beyond matter. These characters are defined and distinguished by their dialogue – both inner thoughts and dialogue with others, and their actions. An interesting array of diverse characters, sprawling the spectrum of good and evil.

The Pearl Territory had an interesting premise and a compelling story and with intriguing twists and turns. This is a thought-provoking dark fantasy novel with deep commentary on society that’s sometimes satirical but always entertaining.