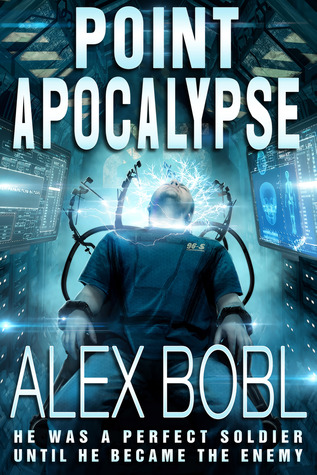 Point Apocalypse is a fast paced techno thriller filled with nonstop suspense and action that only lets up to deliver a meticulous description of the fictional world of Pangea. Pangea is a prison world where Earth sends its worst criminals. One shipment of criminals includes Mark Posner a former soldier, but Mark slowly learns that he is not a prisoner. He is on a mission; a mission that will change both worlds. Earth has been sending people to Pangea for years and a community has emerged that brings some semblance of structure, but otherwise it’s a world where everything is hazardous to your health and only the strongest survive. Mark must navigate his way through this world and find a traitorous general that is plotting to destroy Earth so that Pangea will no longer be subservient. But things are not what they seem and while Mark is fighting off cyber-troopers, and hired guns he learns of a shocking truth that moves the book in a whole new direction. Point Apocalypse focuses on action and world building while character development and dialogue seemed not to be an important factor. I found myself not really sympathizing or connecting with any of the characters as they all were either spouting generic lines of dialogue or fighting off characters that were introduced as a bad guy a few sentences ago and then were killed off. What really nagged at me was that the writing was constantly discursive and circuitous (ask your English teacher what those words mean). But all that aside I constantly felt like I was hurtling headlong toward a dramatic ending and I couldn’t wait for it to come. If you don’t care about character development or eloquent prose and care more about super charged sci-fi action then this book is for you.

Find out more about Alex Bobl and his books at his website http://boblak.blogspot.com/