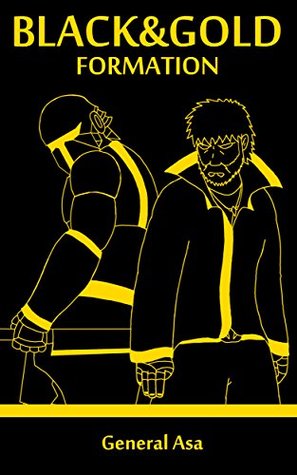 Prepare yourself to enter a world where humans are fighting an epic war against all the other races of the land for dominance and have access to great magic that gives them just the edge they need to survive against races that are physically superior. For just over a thousand years, this land has been embroiled in constant fighting, so much so, that their whole culture revolves around war, anyone who disagrees with that war is rejected and sometimes hunted by society, and children are sent off for training as adolescents.

The novel tracks the progress of the Summoner, also known as the Renegade General, around Malvia as he collects a group of warriors that have been rejected by society. His purpose is unknown, as he keeps things shrouded in mystery – for a good reason. It would mean a most certain death to all of those he has invited if one of his recruits were to learn of his plan and turn him in to the authorities. Thus, he is vague, answering only that he is gathering everyone to join him on a mission that he will reveal when they all meet up at the end of the year. The mystery surrounding the Summoner’s purpose drives the plot forward and keeps you turning the pages almost as much as the action.

The action is incredible. The battle scenes are thrilling and described so well you can easily see them in your mind. There were a few instances where the author seemed to get so caught up in the action that he lost his way and the story becomes difficult to follow for a few paragraphs, however it quickly becomes clear again. The story is so engaging, these are minor blips on the surface of a smooth pond.

I liked how the author uses the action and dialogue to slowly release new bits and pieces of information about the history of Malvia. This enables the reader to learn about and explore this new found land without being overwhelmed with new information. The author manages to do this with several of the minute histories involved in the book as well as the overall history of the land and its inhabitants.

My biggest complaints are that both of the females the Summoner sought for his group didn’t work out making the final group an all-male group of warriors. I would have like to have seen at least one female make the cut. Also, there was some foreshadowing at the beginning that was never followed through on. Why talk about the strangely shaped Rell horns and name the two Rell who were spying on the activities in the first chapter if you aren’t going to follow through? I was disappointed at these open endings.

Ultimately, this is one of the best stories I have read in a long time. The author engages the reader; even though it is a very long book, it is so full of action and excitement that it doesn’t feel long at all. I found myself staying up later than intended every night I read it. I wanted to know what the plan was, what the purpose of this long and arduous journey taken on by the Summoner would be.

Overall, I am very impressed with the novel and the story and I am glad to have taken the time to read it. It was well crafted and I look forward to maybe having the opportunity to read more stories about Malvia and its people.