← Seasons II
What Does it Mean to be Human? →

Year of the Child 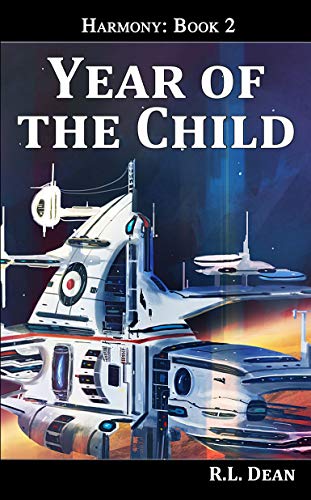 In R. L. Dean’s Year Of The Child, the reader is taken through a series of events entangling characters in crime, politics of control, and rogue groups.

The chapters in the book are short which makes it easy to follow the plot. The first character we’re introduced to is Misaki. The Apex plant and Harmony dome had been ruined. The blame had initially been placed on Free Mars Now terrorists. Ludwick Chaserman was an ex-employee of Apex Mining and a hard critic of plant leadership. He had received money from Shanghai Independent Bank and Trust after the dome had exploded and UN Special Security Team had enough reasons to implicate him. Ludwick Chaserman is an intriguing and well developed character, there is something about him that made him likable.

The hunt for Ludwick is akin to following a detective series. Using believable processes and deductive logic to hunt down criminals. Everything is subtle and I became so engrossed in the story. Feeling culpable for sabotage after the destruction, Misaki decided to go to her haven, the Sadie. Tetsuya was one character I cherished in the book. The man had a reputation that preceded him. A former detective, Tetsuya was tasked with investigating piracy. Tetsuya was knowledgeable in many things. His investigating techniques were not unique but enthralling to follow nonetheless. I like how Tetsuya’s mind worked.

R. L. Dean has arranged the content in the book distinctively, in that every chapter focuses on a particular character. This format was fun to read as going through every chapter gave me a new and unique experience.

Year of The Child is a great piece of science fiction with interweaving themes of drama, violence, organized crime, detective stories, power, and aggression. I felt that the characters in this book were exceptional and brought life into this otherwise straightforward space opera. The story is consistently interesting, while the suspense is muted at times, I felt that the plot twists more than made up for it. R. L. Dean’s book shows how complex people can be. Exploring humanity and the desire for control is not black and white.

← Seasons II
What Does it Mean to be Human? →