His Name Was Ezra 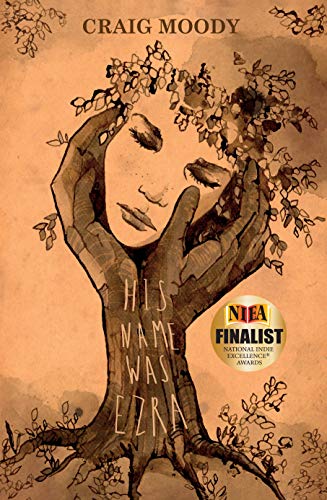 His Name was Ezra is an amazing story of love and tragedy. Taking place in Mississippi during the racially-charged 1950’s and 60’s. Jim Crow laws and inherent bias steer much of the plot of the story. Ezra, a young black man, and Judy, a freckle-faced white woman, have the cards stacked against them as their longtime friendship slowly begins to develop into something more.

Craig Moody writes beautifully. He has a poetry to his words as they describe his characters and their setting. I live in the south so I know that Moody sets the scene impeccably, speaking of dry words falling to the ground like acorns and the swatting of hungry mosquitoes. He also throws in some local color with the dialogue between the characters. Every “you” is replaced by “ya.” Brother becomes “brotha.” Sister becomes “sista.”

His Name was Ezra is set in another time, but the story is still relevant today. Race relations are still imperfect. We have come a long way as a nation, but we have so much further to go. This book can aid in bridging the divide. It’s an important tool to pull back the curtain, so to speak, on those who continue to judge people based on the color of their skin rather than the content of their character as Dr. King would have us do.

Moody also pulls back the curtain on domestic abuse. Judy suffers the brunt of Billy’s aggression. He describes how Billy only hits her in areas that will be covered by clothing in public or around others. Judy takes it because she feels she has no other choice. She sacrifices her happiness, her health, everything, to try to ensure the safety of her brother and then her son. She becomes a shell of herself. Self-preservation is not on her to-do list ever.

Readers will identify with Moody’s well-developed characters. Judy loves Ezra and her family, forgiving her brother and sister over and over. Luke tries to help Judy while furthering his career, and gets a few priorities mixed up in the process. Chances are, readers will also recognize the more menacing characters that stomp through the chapters. Billy is the picture of perfection in the community. Good family. Good looks. Wife and child. However, Billy is a heavily flawed and dangerous monster. We all know someone who has turned out to be someone different than who we thought they were.

I’m giving His Name was Ezra by Craig Moody five out of five stars. I would give him ten if I could. He has a beautiful way of describing even the most ugly parts of humanity. The story was cohesive. The plot flowed well. There was never a dull moment as suspense ebbed and flowed throughout the story. This was a real page-turner for me, and I cannot wait to read more of Moody’s work.