← Crimson at Cape May
Wounded →

Legend of the Storm Hawks 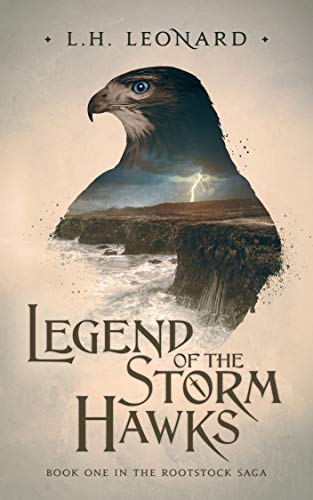 Legend of the Storm Hawks by L.H. Leonard is a culmination of fantasy, prophesy and politics. It’s a story filled with intrigue as the characters embark on a journey backed by prophecy and tinged with uncertainty. The characters are rich and well crafted. Nigel is a politician holding so many strings that it is almost inevitable when it all unravels. Sethlyan has been told he and his brothers, Aengus and Gaven have significant roles to play when the time comes but really, his gifted wife Isobel and their impossible family is his main focus. All these men have interests to protect and for each noble intent, there exists a force intent on blocking its fruition. Politicians, religious leaders, and clan leaders are each looking out for their own interests and although there are attempts at alliances, not many interests align. Before there are any resolutions there is betrayal and there is war. There is also what looks like the fulfillment of prophecy. Men thought dead are still alive, babies are being borne of women who should not be fertile and one religious zealot has managed to find broad-based support for his cause. Still, the cycle has to continue. No one knows how it will all play out, despite the supernatural gifts some of them possess.

I enjoyed everything about Legend of the Storm Hawks. The setting was unique and captivating and breathed life into the characters as well as their station in life and their heritage. The themes of family, politics, and xenophobia are presented interestingly considering the time period is closer to medieval than modern. The point is that anyone can relate to the different struggles the characters go through to protect themselves and their families.

The story is consistently engaging as each event led seamlessly, and sometimes surprisingly, into the other. The plot is complex, and one can appreciate how the author fits it all together, but not so complex that I couldn’t follow it; the depth of Game of Thrones without the overwhelming complexity.

My only concern would be the wait for the next installment since the anticipation of seeing what happens next is not about to wane. The characters really grow on you and you want to see what happens next, even if everything seems to be at a standstill, for now. Legend of the Storm Hawks will effortlessly suck you into it’s world and leave you wanting more.

← Crimson at Cape May
Wounded →