Tales of an Outcast Faerie 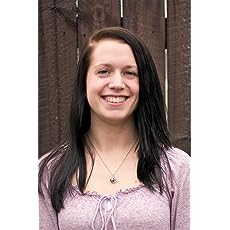 The Nameless follows Nola and Kelty as they’re faced with difficult decisions that affect both the Faerie and human worlds. What was the inspiration for the setup to this compelling story?

The Nameless was actually inspired by a nature preserve near where I live. It’s so magical, and my imagination is so overreactive, I dreamed up a story about a faerie creature with elemental magic. Then I thought, “What would happen if she met a human?” And the story developed from there.

Nola is an intriguing and well developed character. What were some driving ideals behind her character development?

From the start, I wanted Nola to be this character that was sympathetic to the faeries and so curious about them. Then as she encounters the world of faerie outcasts, she sort of evolves through the story into this stubborn, incredibly kind and brave force of good, and it’s been amazing to watch her come into her own.

The Outcasts faeries are fascinating. What were some themes you wanted to capture in their characters and world?

The outcasts are so interesting because they have been banished from faerie and are not allowed to return because of the faeries’ hatred of the humans. Yet, as is Kelty’s case, their crimes are not particularly egregious a lot of the time. This shows quite a lot of prejudice on the part of the faeries. It also shows how powerful the faerie courts truly are that they banish as a form of punishment rather than keeping dissenters in their own world.

This is book one in your Tales of an Outcast Faerie series. What can reader expect in book two, The Court of Outcasts?

The Court of Outcasts, Book Two, delves deeper into the world of the outcasts as a faerie with the power to influence minds offers Kelty the throne to the Court of Outcasts. Nola also finds herself in his clutches. And both will have to fight to survive with their minds and relationships intact. There is also a plot twist you won’t see coming. 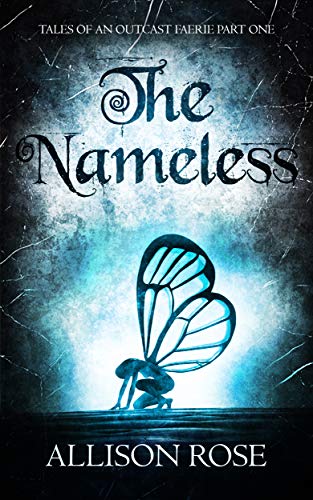 Outcasts of Faerie have lived unseen and secluded from humans. Until now.

When a strange dark magic threatens the human world, sixteen-year-old Nola seeks the help of Kelty, an outcast faerie she discovered with her rare magic sight, to help her stop it.

Reluctant and wary, Kelty must choose between turning her back on the helpless humans or sacrificing her chance to return to Faerie, which is only possible if she remains untainted by human contact.

The outcast responsible for Kelty’s banishment is playing his own dangerous game. He might be the answer to defeating the dark magic. He also might destroy them both.

Will the truth be discovered before the dark magic is unleashed upon the human world?

For fans of fast-paced YA fantasy, intense plots, and breathtaking magic, The Nameless is a tale unlike any other.

The Nameless by Allison Rose is a wondrous story about a enigmatic group of fairies living in seclusion away from human eyes. When dark magic takes over the human world, Nola, a human with powers of her own, begs for help from Kelty and her band of outcast faeries. While Kelty is stuck trying to decide what she should do: ignore the human world or sacrifice her own world to save the humans from a horrible fate. Unbeknownst to Kelty, someone in her tribe is plotting against her.

The Nameless is an imaginative tale that captivated me from the beginning. Although it starts slow it knows how to build suspense through careful story telling and a slow character build that ultimately leads to some exciting scenes. Allison Rose does an incredible job of connecting readers to this mysterious world that the faeries live in. Her garrulous descriptions were vivid and a welcome addition to a fantasy story that sets an ominous yet vibrant tone with its intricate backdrops. Set against these meticulous scenes are well defined characters. Kelty is a figure that all readers can relate to. She isn’t the most confident of the faeries, but she does what she can with what little power she has to stop the human world from coming to harm from this dark magic.

One of my favorite aspects in this novel was the perspective given through Kelty and Nola’s eyes. While not written in the first person I felt like I really understood her feelings because of the well articulated emotions throughout the novel. Despite the differences in how these characters live their lives, Kelty and Rose are facing similar dilemmas.

At times the plot was a little intense, but the story is punctuated by moments of levity that serve to unwind from the unmitigated drama. We’re treated to an exploration of each characters relationship that I enjoyed because it gave me a moment to ask, who’s side would I be on?

Fantasy lovers are sure to enjoy The Nameless. This is a fanciful and romantic vision of contemporary faeries that young adult readers will easily escape into.