← What if a Hoax Became Terrifyingly Real?
When The Patient Is Not The Sick One! → 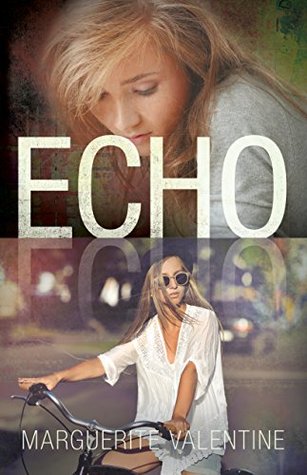 Echo by Marguerite Valentine is a coming-of-age tale that dabbles with mental instability and the crazy world of teenagers. It starts off slow as we learn about the main character, Echo, and her turbulent relationship with her mother. Echo is an adult when she starts telling her story, and goes back in time to when she was nine years old. She grew up in a single parent household and it’s obvious that there are strained feelings with her mother. The story is told in the first person as Echo tells us of her summers in Wales and meeting a boy, Ifan, who seems much like an apparition. The story weaves and turns as Echo grows up and learns more about who she is and how the idea of sex can have such power. Without giving too much away so as not to spoil the read let’s just say that Echo goes on a very long journey of self-discovery that both begins and ends at the farm in Wales.

The tale is broken into six parts and takes place mainly at the farm in Wales and then in London, England. The split between nature and the bustling city serves as a good divide for Echo’s life: the farm holds her youth, her innocence and her naiveté. The city holds her adult life, her disillusions with society and her pain.

The story jumps about and the grammatical issues can sometimes detract from the actual tale. As we learn more about Echo it becomes easier to attribute the choppy parts and the strange emotions the main character seems to go through to the fact that Echo is a teenager dealing with the complexity of growing up.

The central themes of self-discovery and dealing with abandonment are very prevalent in this story. Echo knows only her mother, whom she dislikes, and subsequently gets rejected or hurt by every male presence in her life. These are very real and heavy themes, but the way Valentine has Echo react to their heaviness is very realistic. Echo has been at a disadvantage from the beginning. While she has food to eat and roof over her head she is never treated quite like a child should be allowed to be. This becomes very important later in the story as we watch Echo make some questionable choices. It’s impossible for Echo to react in a ‘normal’ way because she was never taught how.

Aside from some continuity errors, Echo was definitely a more realistic coming-of-age story that suits our current world. There are no rose-colored glasses as Valentine gives us the very raw experience of Echo and her journey to adulthood.

← What if a Hoax Became Terrifyingly Real?
When The Patient Is Not The Sick One! →