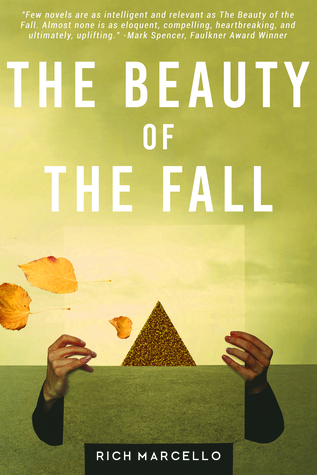 Fired. Workaholic technology executive, Dan Underlight is fired from his high-paying job at a Fortune 500 tech company by the woman he considered his best friend. Sixteen years of working together reduced to a severance package. He feels angry, betrayed, and heartbroken, but mostly he feels lost. Lost because being unemployed gives him too much time to think about the tragedy of his ten-year-old son’s accidental death, and the guilt he still carries for spending too much time working and not enough time parenting.

Before he’s processed this toxic blend of emotions, Dan embarks on a new relationship with Willow, a victim’s advocate, a poet, a lost soul, and an abuse survivor. Their love is deeper than anything Dan has experienced before, but will it be enough when he accomplishes his dream of opening a new tech company, one that is in direct competition with the one he left? Will Dan allow himself to grow into a kinder, more compassionate human being at the same time as he grows his company into a conscientious innovator, or will the demons from his past collide with his present and destroy him?

From the very first paragraph, Rich Marcello drew me into his book with a command of the language that I liken to a poet’s. Passages like this one, “He put his head down, tried to rekindle the wildfire he helped birth years ago, tried to daydream down a riven path.” and this one, “Don’t look down, the pinpricks have spouted and are covering the new carpet in blood.” provided me with ample proof early on that Marcello was a real deal literary composer, a master of the language, and a wordsmith with soulful depths.

But beautiful language alone can’t make a reader keep reading. Original characters with powerful character arcs and a compelling story to keep all the characters growing is fundamental. No problem there, either. From Dan to his counselor to Willow to his son, stronger characterization is front and center. I know Dan—he reminds me of the author Richard Bach. I know Willow, too, this wild child, compassionate, changer of the world woman who is always strong, always courageous even when her heart is broken. These characters kept me reading.

Then we arrive at the story. Characters and language need movement, need story, setting, pace, tension. Marcello has these covered, too. Set in New England, the vivid colors of the seasons remain clear in my brain long after I finished the book. Authors who take the time to divide their books into parts and give them names always receive a grateful nod from me. I like to know the structure of a story before I begin reading, and I like rolling back to the Table of Contents to remind myself what’s next in this journey. The Beauty of the Fall’s Table of Contents is especially brilliant; titles like “So it Spins,” “Build from the Sky Down,” “Spectacles, and Halos and Code” promised each chapter would carry its own mini-story and all the mini-stories would merge to form a powerful narrative.

Themes of forgiveness, trust, simplicity, honor, technology as healer, and non-violence echo through the pages of The Beauty of the Fall and held me captive until the end. If I had to name a gripe, it would be that the last chapter was unnecessary. The story should have ended with “The Good-bye Return,” but I can understand why, for closure’s sake, Marcello included “In the Coming.”

The Beauty of the Fall will appeal to readers who love a compelling, well-written story with elements of literary fiction, technology fiction, and romantic fiction. Marcello doesn’t write the type of literary fiction that prizes language over story. He writes the type that uses beautifully soulful language to real unique characters living compelling bittersweet lives.