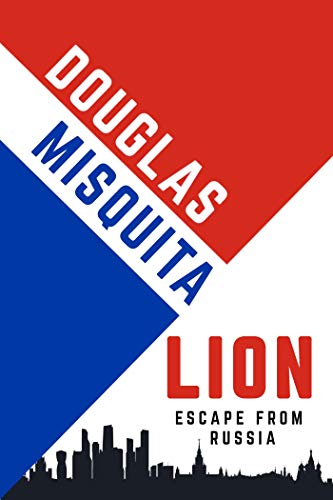 Thrilling from the first page to the last, I was instantly drawn into Lion’s vivid tale of unwavering action and adventure. Lion follows five individuals, brought together through intricate and overlapping incidents to pull off a prison break like no other.

The first scene unfolds with Aslan Terzi locked away and at death’s door when a timely turn of events has him reunited with the outside world. New and old acquaintances gravitate to combat and once again Aslan is thrown into the thick of the conflict, he so desperately tried to run from.

Misquita’s novel was an absolute thrill to read. His research is top notch and the flawless detailing shows for it. When I started the book, I did a double take just to make sure it was fiction! From the get-go we are thrown into the action; bloody, gut-wrenching, fist beating, action. And the pace does not let up. The character’s point of view switches frequently and subtly. You have to keep your eyes glued to the page to catch those quick changes. This is probably my only complaint, I got lost a few times because the narrative changed from one person to the next with little to no warning. However, I was impressed with Misquita’s smooth transitions and by the second half of the book, I got used to the speedy change of perspective.

The well-defined characters of Lion and descriptive action scenes are undoubtedly my favorite features. Each character begins with a defined personality that aids in the development throughout the book. The romantic, family and friendship relations among the characters appear as authentic and never fall into stereotypical roles. For such a short book all the characters portrayed a well-rounded arc. There were, of course, some individuals with a stronger narrative but I never felt there was a character lacking in explanation.

For a book of carnage and war as a backdrop, Misquita does not censor his readers from the gruesome battle scenes. Lion doesn’t pull its punches, with every fight scene emoting the overwhelming desire from the fighters to survive. As a reader, every do-or-die situation expressed the same sentiment as the real things; I had no idea what the outcome would be. The rich detail and graphic storytelling illustrate a gripping and awesome tale that Misquita beautifully crafted for his readers to enjoy, and enjoy it I did. This is my first book of Misquita’s but not my last.