← The Works of George MacDonald
What If → 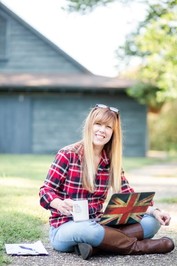 My Name is Erin, and My Mom’s an Addict is a fictional story of a young girls struggle to accept her mother back into her life after drugs destroyed their bond. What was the inspiration for the setup to this emotional novel?

I am very close to someone who is helping raise her grandchildren because of their parents’ addictions. When I decided to start writing a book, I couldn’t decide what I wanted to write about. One day, after spending some time with the kids I mentioned, I thought about how tough this must be for them, and I realized that a lot of people are raising children who aren’t theirs because the kids’ parents are addicts. I looked online to see if there were any books out there for kids who are going through similar situations, but I couldn’t find any; so I decided I’d write a book for them. I wanted the book to: entertain them, hold their interest, and let them know that they’re not alone. I wanted them to understand that their parents’ choices do not define them.

Erin is an interesting character and I enjoyed watching her develop throughout the book. What were some driving ideals behind her character development?

For years, Erin has lived with hurt, which eventually turns to hurt and anger. She yearns for her mother’s love, but at the same time, she’s angry at her mom for leaving her and is terrified that if she opens her heart to her mother, her heart will end up broken again. As she becomes close to both Grace and George she learns that Gram & Pap aren’t the only people she can trust. Erin also begins to understand that her mother’s addiction has absolutely nothing to do with her. Often, loved ones of addicts feel like they can fix an addict, but the reality is that nobody but the addict has any control over his or her choices. Erin learns in her dealings with Jimmy that she is not the only person who may have something going on at home… something that is embarrassing and that a kid wouldn’t want their peers to know about. She begins to see her own flaws, not only because they’re pointed out to her, but also because she sees a bit of herself in Jimmy. She doesn’t want to continue the angry outbursts and drive away the people who genuinely care about her.

This story deals with drug addiction and how it affects families. What is a common misconception you find people have about addiction?

A lot of people assume that addicts are bad people and that they are worthless. Yes, addicts do bad things, but so do people who have never even tried drugs or alcohol. I’ve known several recovering addicts and all of them are kind, intelligent, funny and talented.

I plan on starting the next book in late June of 2019. In all of the feedback I’ve received, readers have told me that they want me to continue on with Erin’s story—I like Erin, so I’m happy to comply. Hopefully, it will be done and ready to go by this time next year. 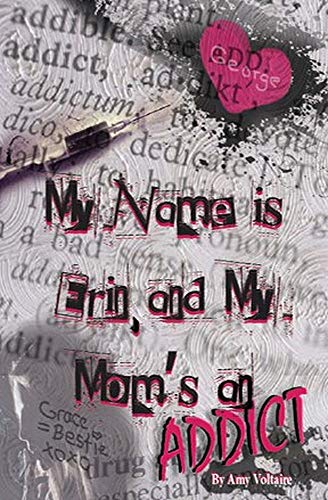 Raised by her grandparents when her mother chooses drugs over her daughter, Erin knows she isn’t like other kids. Then her world is shaken a second time by her mother’s reappearance.

Being a teenager is never easy, but just when Erin thinks she has her life on track, her mother shows up and warms her way back into Erin’s life. Can an addict really ever kick the addiction? How many lives will be affected?

← The Works of George MacDonald
What If →