← Slaves of Fools
I Have Demons → 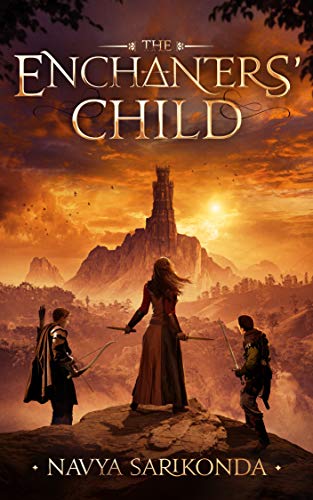 The Enchanters’ Child is a fantasy novel that follows the journey of three teenagers who are brought together through a bizarre set of circumstances. The Enchanter’s Child is a tale of friendship and, ultimately, trust.

The story is narrated by the three main characters; Wren, Quinn, and Zayne. Each of these characters are young, brave and determined. Each are hiding their true identity from the others – one is the last of Arobol, a group of magic-wielders, one is a prince – the son of the King and a member of the Gavreel Society and one is the infamous Black Assassin. Throughout the journey each must keep their true identity a secret, as they work together for a common purpose – to find the sorcerer. As the story develops we see their purposes are not as common as they have lead each other to believe.

The story is set in a variety of places including towns, forests, artificial towns and even an opulent castle. There are rich descriptions of sights, sounds and smells of the setting. Sarikonda cleverly describes the setting to ensure the reader feels they are there. The forests and gardens are full of magical plants and beasts. The towns are described in depth – easily transporting the reader to the setting.

The characters are generally well developed, although Wren appears to be the ‘main’ character. The story is told from each of their perspectives, allowing the reader to view the journey from three very different perspectives. The characters are developed through their dialogue and thoughts, and descriptions of their costumes, powers and even their unique weapons. The story opens with Wren as narrator, and closes with Zayne’s narration. Rather than losing continuity the story is actually enhanced with the change of narration. It is cleverly done, although I felt that the two male figures could be differentiated further.

Overall, The Enchanters’ Child is an engaging read. The plot is interesting and easy to follow. The setting is described using an array of rich imagery and the characters are intriguing and well developed. Just as you would expect from the title, it is a captivating story packed with magical twists and turns.

← Slaves of Fools
I Have Demons →