← Left on Main
The Lord of Long Shadows → 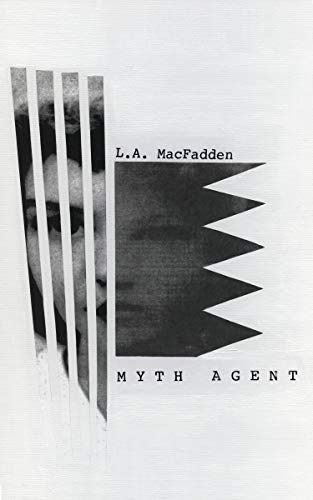 Still reeling from the death of his mentor and friend, Rutt is taken aback once more when confronted by a young girl late one night in the lab. One question leads to another, and Rutt soon learns that she is not who he believes her to be, nor is she the person she appears to the naked eye. Like a bolt of lightning, Rutt is struck with the realization that the thing he has worked on, believed in, and hoped for is finally standing before him in the form of a young, lost girl.

Myth Agent, by L.A. MacFadden, features main characters experiencing time travel from both sides. MacFadden has managed to provide readers with a fantastic story of time travel while incorporating a bit of mystery. I actually loved that I needed to reread the first few pages of chapter one because MacFadden gives readers a story that could indeed be set in any time period. I found it incredibly appealing that I didn’t immediately picture the setting as far as century. This is a story that could be situated neatly in any decade, but the fact that it is tucked into the early 20th century makes it unique.

As the mother of two teens, I have spent my fair share of time watching science fiction movies and have read many science fiction novels. MacFadden’s techniques stand out among the many approaches to time travel I have seen. It’s practically ingrained in us as a part of pop culture that time travelers will somehow be beamed up or disappear as a pixelated image before our eyes. MacFadden, however, has chosen to have her characters travel in a manner much more befitting, and somehow more believable.

In addition to the uniqueness of MacFadden’s choice of time travel description, I am intrigued by the manner in which characters’ time travel begins. I love the idea that the fossilized bone is the kickstarter for the whole process. The divide between prehistoric times and the futuristic feel of time travel itself is immensely appealing in this story line.

Rutt’s story is both relatable and enjoyable while Odessa’s serves to give more depth to the story. I appreciate the break MacFaddengives readers from overly technical details, machines, and text riddled with terms specific to technology. There is, within the chapters of Myth Agent, a well-developed story line surrounding Rutt’s backstory and the way in which he comes to know and love Minnie.

I find MacFadden’s work to be much more a story of perseverance than a work of science fiction and thoroughly enjoyed both story lines, though I found Rutt’s story tugged at my heartstrings most. I would recommend this book to anyone who has yet to become fully invested in science fiction and is looking to dabble in this particular genre. This is a fabulous starter book for any reader more interested in character development than the typical elements of science fiction.

← Left on Main
The Lord of Long Shadows →