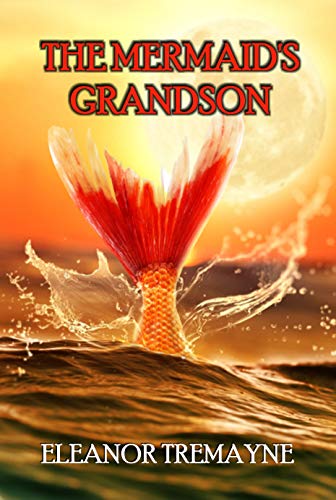 Nothing about Dakini’s existence is simple, not even her name. She grows up with little knowledge of her roots and has to make do with sketchy and terse details about her heritage from her father. There is little hope that she will ever find answers to her many questions but things take an interesting turn. Possessed with an intense desire to be a successful writer like her father, Dakini tries to do more than just report conventional stories as most journalists do. She takes an interest in the age-long art of storytelling and goes in search of the perfect story. Her search leads her to an ancient manuscript bearing an incredible tale that would change her life forever.

The Mermaid’s Grandson by Eleanor Tremayne is a work of fiction that plunges us into the world of mythical creatures: mermaids and their interactions with humans. Tremayne gives us an exquisite taste of two worlds: mermaids in water and mermaids on land, amongst humans. Sounds like something out of Disney, doesn’t it? Trust me, it’s just as thrilling. She makes her mermaids stroll through the portals of time at will (apparently, that’s one of the powers of mermaids) so we get glimpses of several eras and can appreciate the peculiarities of these times alongside the story’s plot.

While stories about mythical creatures with a greater focus on the supernatural abilities of these beings could easily captivate a younger audience, a more mature audience would look to underlying themes to better appreciate the stories. Tremayne appeals to both our sense of imagination and our thirst for meaning by crafting her story around powerful themes. One is the unfathomable power of love and how it can drive beings to points far beyond their perceived limits, cause them to damn even the gravest consequences and make the bravest sacrifices. Tremayne also turns our attention to the strength that lies in resilient women, community and togetherness. Also, by contrasting certain traits of the mermaids with human characteristics, we can further appreciate some precious instincts we’ve been gifted with and even the deficiencies we are stuck with.

I liked how Tremayne made the characters narrate their tales in the first person. It helped create some sort of realness about them, especially the mermaids. They had voices that could be heard and personalities that could be read. This took the book from being just a fantastic work of imagination to being a stimulator of strong emotions. In addition to this, the author’s knack for sprinkling literary works ranging from short poems by famous authors, to insightful quotes from notable people added extra style and spice to the book. If you are one who enjoys fiction plus fantasy, you’ll love Tremayne’s latest work.