← The Gold Rush Girls
Some Kind of Grotesque Thriller/Parody →

Pushed Him to Suicide 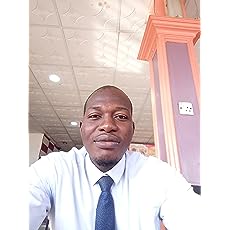 Aberration: Arana’s Premonition follows a group of people combating a devastating virus. What was the inspiration for the setup to this exciting story?

The book was purely based on my imagination. The theme of the story just popped into my mind and i thought I could make a good book out of it.

The characters in this story are unique and well developed. What were some driving ideas behind their character development?

Allan’s character, for one, is inspired by the effects of lack of support, empathy, and sensitivity towards the failures of a person. As we can see, Allan’s failure to triumph at Duran’s Quest was met by spite and stigmatisation among his peers and tribe members which pushed him to suicide. Tensey is a character who also lost hope in life due the events that occurred in his life but he was able to pick himself up with the help of Evelyn and make himself a hero in this novel. Most of the characters are based on situations that could happen to anyone but in a different and more intriguing setting.

Much like in real life there is a virus devastating the world. How much of your story was informed by real life?

Its a coincidence I find surprising myself. I started writing this novel early last year and no one would have guessed that this is how 2020 would turn out. I couldn’t publish it earlier due to the rigours of my masters program and my career as a lawyer. 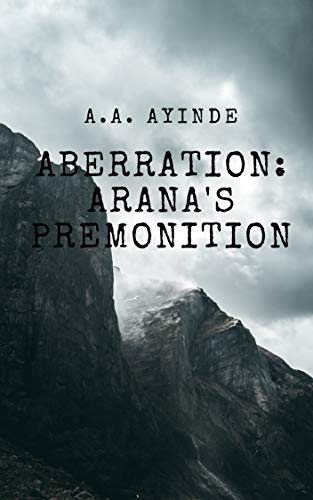 On a small continent, two tribes existed without the knowledge of one another in the eight century of their existence; the Acrians and the Dains. The Acrians were an intellectual tribe gifted with knowledge and excelled in peace. They lived west of the continent. The Dains were a religious group of people who worshiped their ancestors. They lived east of the continent on the mountains. Unknown to them, their religious practices were leading to the extinction of the Acrians through the manifestation of a virus created by their beliefs.

Tensey Damian, a famed hunter with a legendary status, lost everything to the virus. He teamed up with Evelyn Starling and her father, Gredon Starling, a seasoned scientist, to find a cure for the virus. Motivated by different ideals, love, duty, and, desires; they took on an impenetrable security to reach the root of their destruction to the despise of their people. They found a dying young man close to the mountain edge and discovered that he was the key to their salvation. The fear of an outbreak as a result of their actions turned the people they sought to save to their enemies. Alone in their quest for redemption, they battled several adversities to reach their goals. Tensey, Evelyn, and, Gredon discovered that the young man was from another tribe on the continent born from the inadequacies of their long-lost past.

Tensey, Evelyn, and Gredon soon realized that to achieve their goals they must become the villains their people think they are and there was a thin line between good and evil.

← The Gold Rush Girls
Some Kind of Grotesque Thriller/Parody →