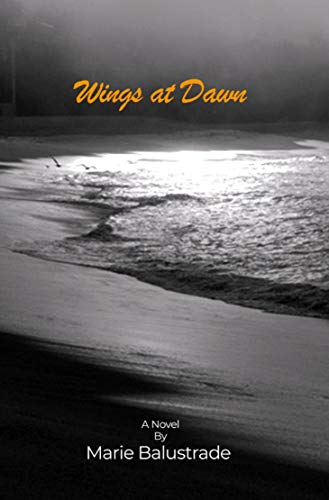 Alexander Adler, an investigative journalist from Berlin is sent to India on a fact-finding mission to write an article about child pornography and human trafficking, while his two best friends, Matt and Julian also join him. Following the social worker and activist, Amrita’s instructions, they visit several brothels in Delhi and Mumbai in order to discover the local human-trafficking network and save many innocent children’s life at the same time. On their adventurous journey, they become familiar with the colorful Indian culture and the amazing Indian cuisine, and plenty of times they find themselves in life-threatening situations that put both their will power and their friendship to the test.

Wings at Dawn by Marie Balustrade is a gripping story about three adventuresome men who decided to fight against human trafficking, pedophilia, child pornography and slavery in India. I am completely amazed by the way Balustrade merges real social issues into a novel that touches your soul. With the long descriptive passages, the reader gets an insight into the Indian society and culture. The story is eventful, interesting, rich in cultural elements and despite the serious subject, it contains some humor as well.

The novel has a wide range of characters, all of them are well worked-out. The three main characters Alex, Matt and Julian have contrasting personalities due to their different origins, pasts, and habits that make their dialogues entertaining. However, they share the same enthusiasm, helpfulness, and stubbornness. My favorite character is Matt because I liked his colorful personality, he is a real gourmand who is always hungry and could eat all day long. Thanks to him I got to know more about the Indian cuisine and I learned that in India “the fewer the buildings, the better the tea”, which means that the tea is always more delicious further from the big cities. While reading about the innocent children’s distress, I felt really emotional, especially the little boy, Abdul Hakim’s and a father, Norbu’s story touched me.

The only thing I did not like is that it contains too many foreign words and expressions, after a time I stopped going to the end notes to look up the words as I found myself doing it often. Otherwise, Wings at Dawn is a very valuable and emotional novel that I would heartily recommend to anyone who interesting stories set in exotic locations.