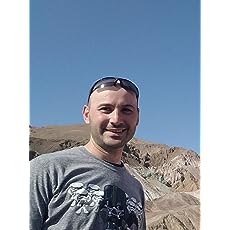 Imprint Legacy follows detective Miers as he tries to solve a bizarre case while missing a chunk of his memory. What was the inspiration for the setup to this intriguing story?

First I would like to thank Literary Titan for reading and reviewing my novel.

The question I posted myself was how would one react to such an event? I explored some concepts and realities and delved in the realm of science fiction to answer it.

Although I must admit that the premise of this story is not based on a single idea rather a group of ideas and facts, as of the time of this writing anyway.

One of those facts is that the universe is really big and to think that we are the only life form to inhabit it it a little short sighted.

Another fact is that life, at least as it exists on Earth, is very rugged, life seems to always prevail.

Beyond the above mentioned facts, is the reality we live on. Our planet is inhabited by multiple species, each of them are amazing in their own way.

We as humans have taken over our planet and in essence, run it.

It is not far fetched to imagine humans colonise another planet, look at what Space X has in store for us.

Another fact is the reality on the ground, one doesn’t need to go far but turn on the evening news and realise that humans are in constant conflict with one another.

The Caretakers are those geniuses that sometimes get left behind in the shadows, unrecognized. And Earth is full of them.

The Survivors represent the victims in us. Who can blame a victim for behaving the way they do? I certainly can’t.

Robert Miers is an interesting and well developed character. What were some driving ideas behind his creation?

Before I explain about Robert let me say the following.

I love my grandfather, though he has passed away.

A few years ago, my mother sent me one of my wedding pictures taken with my wife. She placed a picture of my grandfather on his wedding day next to it comparing my grandfather and me. The semblance was striking.

Robert is a family man first. A man that is trying his best to do well by them and at the same time do his job.

I hope we’re not giving away spoilers here, but I found the mystery behind this story to be one of the most original I’ve read this year. Was this planned or did it develop organically while writing?

About thirty percent of the mystery behind the story was planned, the rest evolved as the characters interacted with each other.

Many of the beta readers and readers who purchased this novel expressed their desire to know more about this world.

The next novel happens in the same universe and it will address a few questions about how we shape our reality and our future and what could happen if we get distracted.

I am currently writing as much as I can, editing will begin sometimes around summer with a tentative release sometimes at the end if this year. 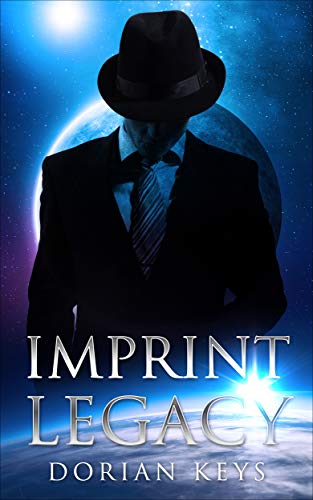 Detective Robert Miers is in trouble. His partner is missing, he’s suspended from work, and he’s got a gap in his memory that he can’t explain. Uncovering the truth means plunging into a bizarre new reality far beyond his comfort zone, an inescapable reality where memories can transfer from body to body, secret factions fight for control, and human life extends far beyond Earth. Is taking sides worth the risk-to his job, to his family, and to himself?

And does he even get to choose anymore?