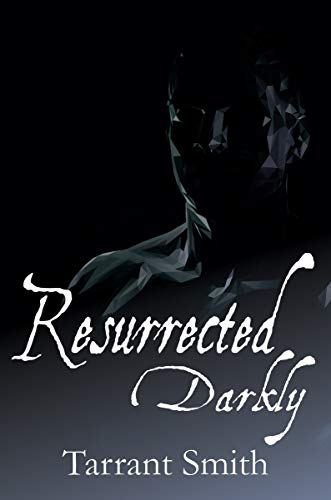 Ena and her father are coping with multiple sudden changes in life as they have known it for centuries. They are giving up Ena’s younger siblings, and they are watching as the age-old practice of the pleasure dens are done away with. Nothing is as it should be in their world. When Ena is approached by Blodeuwedd, the matchmaking goddess, to run what she describes as a simple errand, Ena takes the opportunity. Little does she realize that agreeing to help Blodeuwedd will lead her to some of the most challenging moments of her life while opening her eyes to her true self.

Tarrant Smith jumps right into the action with Resurrected Darkly. From the first pages, the reader is swept into Ena’s world and given a myriad of clues as to her origins. Ena’s willingness to appease the goddess, Blodeuwedd, and venture into a strange castle alone make her an appealing character and one worth calling a favorite. Readers following Smith’s Darkly series will be pleased to see that Ena, in previous books, is the focus of this installment. As intriguing as her character is in the previous books, Ena endears herself to readers with the unique characteristics she possesses as both a dragon and fey.

I was excited to see Crank as the male focus in this book. I tend to gravitate toward secondary characters in novels, and Crank is one who caught my eye in previous books. His gruff demeanor and bluntness add an element of humor to Smith’s books. Crank, however, takes a dark turn in Resurrected Darkly. Readers will hurt for him as he faces a struggle beyond anything he has faced before. The guilt he bears is overwhelming and has grown into a burden that is almost more than he is able to bear.

Smith includes descriptions of “the enchanted” in her work; humans who have been taken into the fey realm to serve the fey. They seem to live simple lives, almost robotic, but their roles are quite complex. Ena, who has more of an affinity for the enchanted than most, shows actual emotion over the enchanted.

I found Resurrected Darkly to be the most engaging of the books in the series. The dynamic between Ena and Crank is simply enchanting. The impact that Ena, a hardened soul herself, has on the tormented Crank is just short of miraculous. I enjoyed watching the growth that took place between the two.

Smith brings together a multitude of characters from the first four books of her Darkly series as she heals one of her most engaging characters from an unspeakable trauma. Readers who enjoyed the first four Darkly books will be more than pleased with Smith’s fifth installment–a fantastic addition to the romantic fantasy series.