The Silver is Mine 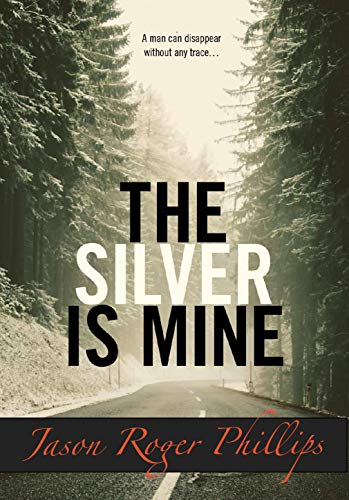 Marcel Freeman is an ordinary man, prisoner of his ordinary life. He goes to work every morning, from his workplace he heads directly home and then goes to sleep. There is nothing special about his life until one day, something exceptional happens. He decides to leave work one hour earlier, without permission, without explanation. This decision seems trivial, but it will start an unlucky chain of events for him, soon he finds himself in the middle of a forest with strange people and he has to face danger, mystery, and crime. But the most important question is: can he run away from his fate?

The Silver is Mine by Jason Roger Phillips is a gripping mystery novel. The story is very impressive, the author creates a complex cryptic story after outlining more separate stories. The novel takes place in two different places: in a big city’s ghetto and in the countryside in Geronimo Bay. The weather is mostly rainy or stormy, which has a symbolic meaning and also provides a good base to the mysterious mood. I liked how the real and the imaginary events alternate through the story, and how all the dreams, metaphors and poems have a deep meaning.

The characters are introduced separately in the novel but their lives get connected somehow as the story unfolds. The main characters are well worked out and all of them have a very strong personality, even the young ones. Marcel is an average office worker, who gets tired of his boring life and the fact that the woman he loves can never be his. His character develops as the story goes on, first he is impulsive in his actions, but later he starts to make rational decisions in order to gain his freedom. Gemma, Marcel’s lover changes a lot also, from a rich, drug addict, co-dependent woman she becomes someone who has values and appreciates simple things, like other people’s love. Shippie’s character is very interesting, I think that her mysterious personality would be worth a separate book.

Although the story is engaging and interesting, I think the book’s value is in the effect it has on the reader. While reading, I stopped multiple times to think about what I read and even after finishing the book, I still keep thinking. Such an amazing novel!