← Makers of Destiny
Recipes of My 15 Grandmothers → 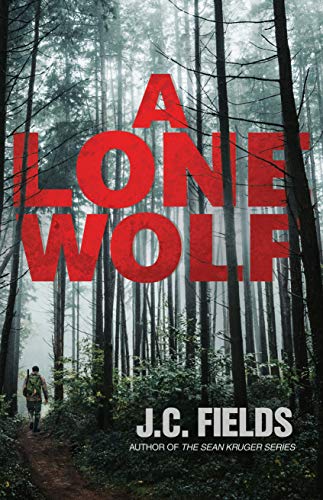 A Lone Wolf by writer, J.C. Fields, follows its characters through a tense world of assassins, handlers, informants, and spies. The characters constantly have to look over their shoulders and think several steps ahead of those who would rather have them dead. We meet the characters when they are thrown into a situation that would have left them dead, had they not narrowly escaped a sniper’s bullets. They were set up. They were supposed to die in Barcelona. They escaped, albeit narrowly, and must find out who wants them dead and why.

The constant stress and danger the characters find themselves in builds drama and suspense across the chapters. I even found myself tensing up at some points. Their lives are scary, but exciting. Also interesting are the “ins” they seem to have across the world. They have people to help them change identities, acquire the most legitimate of illegitimate documentation, passports, licenses, etc. They have contacts in all sorts of networks and government agencies. There seems to be a lot of true scenarios mixed in with their fictional lives. It makes the reader wonder how many double agents there really are out there.

A part that really stuck with me and seemed ingenious was when Michael and Nadia faked their deaths in Mexico. It really makes you wonder how much of what we know about what goes on in the world is real, and how much is a façade. I’m certain popular news outlets only receive a fraction of any given story, especially stories involving people so deeply involved in circles that meshes government officials with hitmen.

I really empathized with how Nadia began to feel about living in Missouri. I could identify. It was the first place, likely in a very long time, that felt like home to her. To feel safe and autonomous couldn’t have been feelings that were familiar, but they were good. Everyone wants that. Even people in their line of work have a basic human need for safety, security, freedom, and belonging. Missouri quickly became a happy place that Nadia dreaded leaving. Her longing to stay seemed so familiar. Anyone can certainly identify with wanting to be in a place or leave a hard situation.

The book was well-written with little to no noticeable errors. Quick and intense, it was still a fairly easy read. The characters are well-developed, as usual, and the fast-paced and exciting plot flow smoothly. Fields’s writing style is on par with tv shows such as Scandal or Amazon’s Jack Ryan. Being a Scandal fan, I associated some of the characters with people I’d seen on the show. Beyond the normal Whitehouse business, there is a network of characters who are hired fixers, hitmen, and spies who work behind the scenes in conjunction with those who are the faces on television telling people what to believe. These characters reminded me a lot of them.

The characters and plot were intricately interesting. It was an exciting read with some edge-of-your-seat type scenarios.

← Makers of Destiny
Recipes of My 15 Grandmothers →