← Cycles of Norse Mythology
Wreaking All Sorts of Havoc →

The Conflict of Desires follows an executive trying to convince aboriginals to give up their land for his companies interests. What was the inspiration for the setup to this story?

In my years as a business journalist, I have stumbled upon many cases where big corporations with key interests in mining face resistance from the native residents. All those episodes of tussle and murky face-offs between a company and the original tribes form the bulwark of inspiration for my story. When companies foist their agendas on unsuspecting people and trample on their resources and brazenly try to usurp their livelihoods, the backlash is inevitable. My story should serve as a humble call to those transnational corporations to abjure coercion and embrace compassion for the people at whose expense they are expanding their frontiers of growth. Having said that mine is a work of fiction and any resonance with the ‘real’ should be treated as happenstance.

Ramesh is an interesting and well developed character. What were some driving ideals behind his development?

As a character, Ramesh arouses intrigue and empathy in equal measure. He’s no different from legions of his real life counterparts who are lumbered with tasks not so pleasant and choices tempting yet fraught with risks. So often it happens that characters in the mould of Ramesh run into a knotty life matrix- they have to solve the Rubik’s cube. For me, fleshing out Ramesh as the lead character who carries the plot narrative draws from people who are perturbed by upsetting dilemmas. Most do cave in to the pressures of the job and dictates of the boss, playing it safe. That’s where Ramesh soars above the clutter- he wins with his conscience.

My next work on fiction dissects the woes of workplace. I believe it will be an enjoyable read. Hoping to release it next calendar. 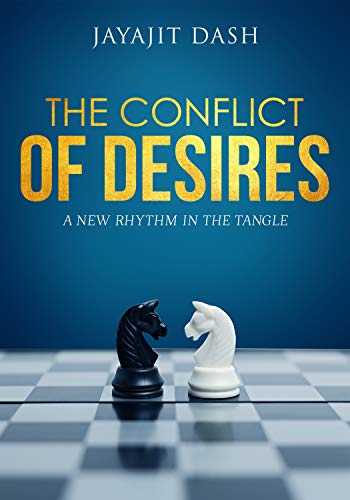 An executive of a top notch company sets foot in a remote hinterland in a poor, eastern state of Odisha in India. Ramesh Sahay, the protagonist of the story is tasked with a mission- to woo the aboriginal tribals for pushing his employer’s interests. But the natives who have guarded the wealth of their hills for over a millennium are no pushovers. And, Ramesh is pitted against forces antagonistic to his mission. Ramesh realises the odds stacked against him. Nonetheless, his visceral urges and the mandate of a big corporation in which he has invested over a decade of his prime impels him to an unequal confrontation. How does he go on to win this tussle? Or a change of emotions tugs at his heartstrings? The story dissects the dilemma of his choices and the conflicts that shroud him. Read on to relate and connect.

← Cycles of Norse Mythology
Wreaking All Sorts of Havoc →