Wreaking All Sorts of Havoc

Twisted Pines follows Abe as he takes a job at a summer camp where children are going missing under mysterious circumstances. What was the inspiration for the setup to this intriguing story?

Having worked at a camp during my summers in college, I understand the pressure that comes with looking after children. Parents entrust you to ensure their children’s safety; and so the thought of having a child completely vanish is a nightmarish one to say the least. Although I never personally had a camper go missing, I hoped to tap into this anxiety to give the story a pervasive sense of tension.

I felt that the story did a great job of keeping things consistently ominous and otherworldly. What themes did you want to capture while writing this book?

I’m drawn to the theme of an unknown force that lurks out of sight, and yet pulls very tangible strings – wreaking all sorts of havoc. I also like the theme of helplessness, of paralysis in particular – the vulnerability that comes with being a guinea pig, subjected to the whims of others.

Abe is an interesting and well developed character. What were some ideas that you pursued during his character development?

In my life I’ve known many camp counselors, as well as many film students. And although Abe’s character is not based on any one person, I’ve pulled traits from real-life characters that I’ve come to know over the years. I’ve also been acquainted with people whose parents have had run-ins with the law, and had a chance to see how the delinquent actions of one’s parents can affect the attitudes and behaviors of their children. On a personal level, I can related to Abe’s desire to tell an engrossing story.

My next book also falls within the realm of sci-fi. I’m a fan of genre mash-ups, and so my follow-up will be a contemporary sci-fi thriller. No idea just yet as to when that one will be come available. So I better get back to typing… 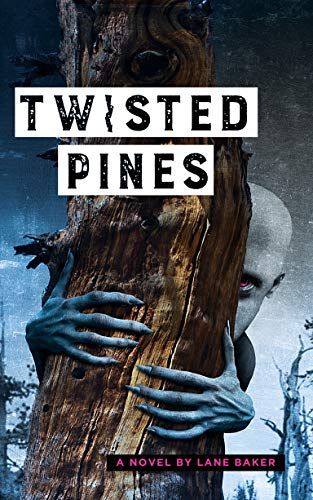 Where have all the children gone? At rustic summer camp Mendocino Pastures, that’s the question on everyone’s mind. First one, then two, then three campers vanish – only to reappear a short while later with no recollection of the missing time. The disappearances raise questions about the children’s safety, not to mention the camp’s time-honored reputation.

When Abe, a freshman camp counselor from UCLA film school, stumbles upon a ghoulish-looking humanoid roaming the coast, he suspects this creature may play a role in the children’s unsettling disappearances. Armed with camera, journal, and a thirst for the truth, Abe sets out to pry the lid off the uncanny mystery shrouded among the camp’s TWISTED PINES.