← Ullr’s Fangs
The Best That Can Happen →

Heroes Come in All Shapes and Sizes

Phase Rider finds the universe being devoured by a mysterious force and Earth’s scientists must rally to find a solution. What was the inspiration behind the idea for this novel?

A phase transition occurred in the past, before current life developed on the earth. We know it today as the “Big Bang.” Fortunately, our life sprang from it rather than being destroyed by it. However, what if it happens again . . . tomorrow?

The science used in this story seems well thought out. What kind of research did you undertake for this novel and the ideas behind the technology?

Reading articles by theoretical physicists and astronomers and watching the Science Channel.

I enjoyed the well developed characters in Phase Rider. What were some themes that were important for you to capture in your characters?

Every human has value; society ought to be guided by the principle that technological advancement should give way to morality; great accomplishments can be found in the most unlikely places; heroes come in all shapes and sizes; a man’s power is not determined by his muscle but, rather, by his character.

I am in the middle of a sequel, Molly’s Mission, which should be finished by the summer of 2020. 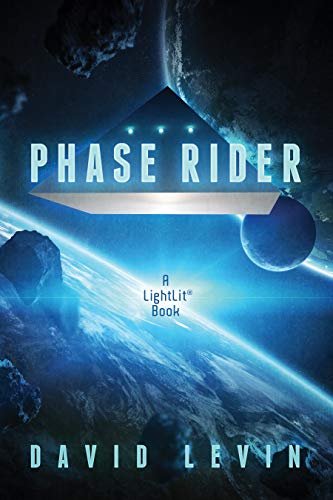 When humanity’s finest scientists spotted it, they checked and rechecked their calculations—then checked them again. Appallingly, unthinkably, they were right—a mysterious anomaly was systematically devouring the universe. Moving faster than the speed of light, it would reach earth’s solar system in well under a year, maybe sooner. Should they alert the world’s people? No, better to let them live out their last months in peace instead of enduring the social breakdown that would surely result if they knew. Scientists predicted the stars would blink out ominously as the phase transition swept toward them like a cosmic forest fire, followed by . . . nothingness.

Then, a single ray of hope appears. The imposing Dr. Ayana, one of the world’s foremost mathematicians, has just discovered the secrets of the initial state of the universe, and his discovery might be a way to reverse the phase transition. It is humanity’s only chance. But it will require travel to the farthest reaches of the universe using unproven technology and will almost certainly mean the death of the astronaut from intense radiation. Where will they find a pilot with the skills for such a journey, and who is also willing to make the ultimate sacrifice for the survival of humanity? Just when earth’s final shot at survival seems to be fading away, an unlikely candidate is found in the last place the scientists would think to look.

← Ullr’s Fangs
The Best That Can Happen →