← I Was Still In My Sorrow
Intense and Beautifully Tragic →

Technology is the Temptation

The Mars One Incident follows starship Captain Johnson as she is set on a dangerous mission in a system brimming with aliens and pirates. What was your inspiration for the setup to this thrilling story?

I have always liked stories of pirates from the 17th and 18th centuries and space ships so I combined the two.

Captain Alma Johnson is an intriguing and well developed character. What were some themes you wanted to pursue while creating her character?

Captain Alma Johnson’s character is someone I think we all can identify with. Someone who goes along with the system because that’s what is expected of her, but has her doubts. And I would like to think that each one of us would break the rules and disobey orders if our true morality was questioned, even if it meant killing some to save the masses and risking public shame.

This is a scifi story filled with advanced technology, but Alma lives in a society that scoffs at technology. What were some themes you wanted to explore with technology in the future?

There are many initial studies coming out today about how technology affects our health (and most of that negatively) and we know how it can deeply affect our society (propaganda). I wanted to explore what many have been suggesting for a few years now, that maybe we should just get rid of all of social media, social tech, etc. to take away the temptation of abuse. And if we abandoned social technology, would we be happier or better as a civilization? The JC lives in a world where they believe tech cannot be abused because they only use it for practical matters such as trains for transport, or machines for paying, etc. They like to believe the tech they use is organic to human life. However, all technology is an intrusion so where should we make the line that we limit ourselves to? When we have almost human-like AI? I feel these are actually very serious questions we must begin to ask as technology races off into the 21st century offering us a ‘better and more advanced life’.

The next book is called The Unification Mission and will be available in early 2020. The mission will follow Alma and her crew across the galaxy to the Shimbahn Unification of 5 (I chose Kepler 22b to be their homeworld) on a vital trade mission. Alma is desperate to make the mission a success and come home a hero at almost any cost. However, when they arrive it’s obvious that the Unification wants more than a trade deal with humanity.

You can read the full synopsis on my website and check out Alma’s journal and what is going on in the JC in the run up to her leaving on this long mission. 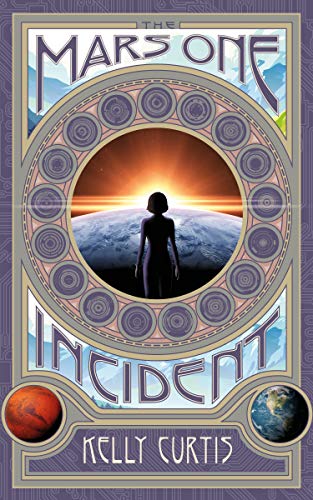 The year is 2635, the people of Earth live in a tech-free utopia. Captain Alma Johnson is one of the few permitted to use technology as part of the human fleet. In a starship that has been rebuilt more than a dozen times, she faithfully protects humanity’s holdings in the solar system overpopulated with aggressive aliens and marauding pirates. Now she finds herself on a doomed mission that she’s been set up for from the very beginning.

← I Was Still In My Sorrow
Intense and Beautifully Tragic →