← Cycles of the Phoenix
Cecilia House → 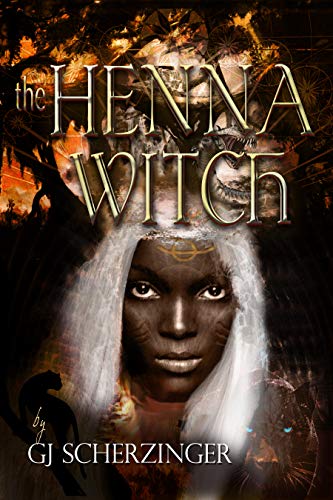 Evil is everywhere. The one place we expect to be free of it is in our dreams, but even those are sometimes not free from the grip of terror and the foreboding sense of impending doom. Men and women are waking in cold sweats and glancing about in a feverish daze trying to convince themselves that it was just that–a dream. The most amazing and terrifying part of it all? These men and women cannot free themselves from these larger-than-life nightmares–and they are having identical experiences. Their sleep is no longer safe and their dreams are certainly not their own.

The Henna Witch, by G.J. Scherzinger, is the enthralling account of Ashia Verena’s mission to defeat a sorceress invading dreams and creating a long path of terror among mortals. Ashia, with a massive task in front of her, sets out to do what no other Guardian can. She isn’t alone on her mission, however, and finds herself facing the task of hosting a young girl on a mission all her own.

Scherzinger writes beautifully with vivid imagery and creates details that lead the reader on a fantastic visual journey. What we, as readers, are not able to conjure, Scherzinger lays out masterfully before us. Where some authors of this genre lean toward flowery language, Scherzinger manages to keep his narrative straightforward and simultaneously descriptive and elegant.

As a reader who is more interested in the relationships between characters, I am pleased with Scherzinger’s approach to writing. The Henna Witch is filled with rich dialogue between characters. The author includes dialects that give his characters an added appeal and make it even more likely readers will become lost in the plot.

I have to note that there were times throughout the book that Hansel and Gretel came to mind. For some reason, the imagery conjured by Scherzinger brings about the dark feel of the age old fairy tale–definitely not a bad thing at all for this fan of grim tales.

Yet another plus to The Henna Witch is the length of chapters. Scherzinger keeps his chapters concise and brings each one to a fitting end that urges the reader on to the next. The book is overall a quick read and difficult to put down.

The budding friendship between Ashia and O’la is a precious thing. As their travel ensues, Ashia attempts to be both a mentor and a protector. The two grow closer and Ashia shows O’la how to live off the land and become more in tune with the animals. I enjoyed being able to see Ashia’s thoughts as she observes the fruits of her labor with O’la. Her own desire to not mother her too much is relatable.

The Henna Witch is easily one of the most engaging books in the witchcraft/fantasy genre I have encountered. With a surprisingly relatable cast of characters and an engaging and fascinating plot surrounding the phenomenon of dreams, it will appeal to readers across genres.

← Cycles of the Phoenix
Cecilia House →