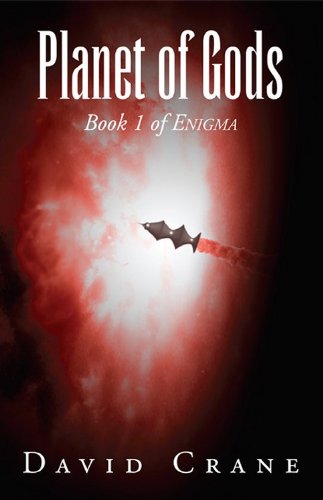 Planet of Gods by David Crane is an exhilarating and intelligent sci-fi adventure set in the depths of space. The protagonist is a man called Peter Blackwood who is on the verge of retirement in the year 3500 AD. He’s looking forward to a relaxing and joyful life away from the stress that marked his earlier years. But those hopes are dashed when he’s suddenly captured and sent to an alien planet via a hyperspace tunnel. The new planet has a social divide and is filled with unrest. Through strange circumstances, Peter finds himself in the middle of all this turmoil. Using his military skills and expertise along with a diverse range of supporting characters, Peter navigates and revolutionizes this strange new world.

What impressed me the most about Planet of Gods is the unique and realistic touch to all of Peter Blackwood’s experiences. Although the novel takes place in a world that is vastly different from our own, the reactions and thoughts of the protagonist are perfectly captured to convey a sense that this character is real. I could picture myself thinking and doing the same things as Peter Blackwood, and that’s a pretty refreshing aspect to find in a book.

Although this is can be considered a dystopian novel, I didn’t find it unnecessarily dark or moody. The story is punctuated by a diverse assortment of exciting missions and varied characters that are constantly cropping up. The author manages to create a hard-boiled science fiction story with a thrilling plot. I enjoyed the rich history of the planet, making it an intriguing character on it’s own rather than just a backdrop.

Peter Blackwood as a character gave me strong Jack Reacher vibes. Both are middle-aged, ex-military men always finding themselves the unlikely heroes of their situation. Although I enjoyed the humanity in Peter’s character, he could be cold and calculating but also empathetic and sensitive. Although I wasn’t completely satisfied with the ending, I am eagerly looking forward to the next installment in the series. This is an exceptional read that will be enjoyed by any fan of science fiction adventure stories.