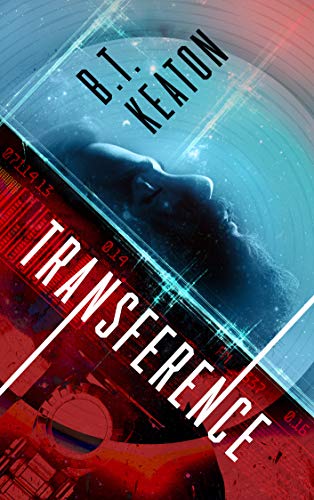 In B. T. Keaton’s Transference, sci-fi and technology take center stage as the reader is led through a thrilling story with incredible characters. The reader is introduced to Barrabas, whose words and actions confirm that he is among the most impressive character to follow. Barrabas is confident. He introduces himself with contentment and boasts of his actions. I like how the author created this particular character as it was difficult to predict what his next step would be. He takes pride in being the most infamous thief to grace the earth since Jesse James, compares himself to Robin of Locksley and talks about his prowess. It is comical that even though Barrabas appears a braggart that’s full of himself, I still found him exciting. He is one of those characters I’m glad the author created.

I like the time travel concept in the book. The author takes us to the year 2102. The people living in that era are lucky, as man has come up with a way that makes them live forever. ‘Transference’ is the process through which one can experience eternal life. Thanks to technology, this method involves moving a soul from one person to another. I enjoyed reading about the transference process and the author’s creativity really shines in these moments.

One reason I liked Barrabas was his tenacity. His character was solid and aggressive when necessary, but also cunning and knew when to trick people to his advantage. Reminding me of Malcolm Reynolds in the show Firefly.  Barrabas was no stranger to controversy, he rubbed people the wrong way and was unfortunately exiled to a mining colony far away from home. Even while in deportation, Barrabas never ceased to amaze me. Jovian was another fantastic character that I liked. The man commanded the masses through his dominion and controlled every part of the colony. His relationship with Barrabas made them a great pair in the story.

The suspense in this novel is something that is constantly building due to the mix of mystery and ever present anticipation of danger. Transference seamlessly incorporates action and drama with satire and excellent narration to make a story that is persistently compelling. Transference is an electrifying sci-fi thriller that uses interesting characters to drive a story that is ultimately, I think, about  the purpose of life. We see the extent people go to avoid suffering and how humans innovate for survival. This is an exceptional story that I would recommended to readers who enjoy gritty dystopian fiction.