The Disappointment of Promise 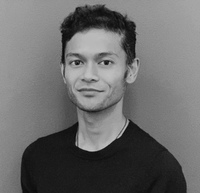 Cloud Cover follows a gay man struggling with grief, romance, and mental health issues. What was your inspiration for this thought-provoking novel?

The book is based on my own experiences. Tony and I have a lot in common. The death of my parents when I was young, being bullied in school, and being in the closet really affected on me. I had been dealing with mental health issues – specifically depression and anxiety since my late teens, and an eating disorder since my late 20s. I underwent psychiatric therapy and was in and out of recovery programs. I couldn’t make sense of all the events that happened to me, of this “cloud” I felt was following me. During that time I journaled a lot. The only reason I could come up with as to why these things occurred was so I could have a story, and maybe share it with others who are experiencing the same. Maybe it would help them. Maybe it would help me. I so wanted to make my pain and grief mean something. So I started piecing together my journals and continued writing what eventually became the book.

Tony is an an intriguing and well developed character. What were some themes you wanted to capture with his character?

To me, Tony represents the pervasive mental state that that plagues many people today: disenchantment and contradictions; the disappointment of promise; the loss of hope. The disenchantment causes his disorders, and as a result, he is full of contradictions: he no longer sees the bright future he once saw for himself, yet he still tries to improve his life in what little capacity he has. He is suffering emotionally with depression and anxiety and he is suffering physically with eating disorders, but he still drags himself to doctors and the recovery facilities. He is devasted by the death of someone he loves, yet reluctantly, he tries to find love again. He feels he is being judged by the gay community, but really, he is just as, if not more, judgmental about his overweight boss and his millennial coworkers and boyfriend.

This novel does a great job of capturing the reality of mental health issues and eating disorders. What do you hope readers take away from your book?

Thank you. For those suffering from any kind of disorder, talk to someone. There are people around you that care so much about you, but the mental illness makes you blind to that. That was probably the worst thing it did to me. Reach out, ask for help – that is how the stigma is broken. The world is good and full of people who love you and want to help you.

Although I’ve generally received positive feedback about Cloud Cover, I’ve been told that perhaps my next book could be “a bit more cheerful.” Lol. So I’m going with that. My first love has always been tennis. My parents taught me how to play when I was 8 years old. I have been part of a gay tennis league for almost 20 years … and oh the drama you get when you put a bunch of gay athletes together! There are just too many good stories for me not to share! I’m going to try to write an absurd comedy/satire about a gay tennis league, and the chaos that ensues when straight people start joining.

Tony, a gay man struggling with grief and mental health issues centered around his body image, is about to turn 35. As this “cubicle daydreamer” takes steps to improve his situation, his life is turned upside down when he is drawn to a younger, flamboyant and free-spirited artist named Antonio.

Will Tony successfully make a meaningful connection with Antonio despite their many differences? And how long can he hide the secret devastating to himself and to their relationship? Part romance, part drama, part comedy and a raw portrait of disorder, Cloud Cover captures the experience of love and loss—of others and of oneself—amidst past trauma, modern expectations and resulting inner turmoil.