← The Colburn Curse – Trailer
Honeycake: A Circle of Trust – Trailer → 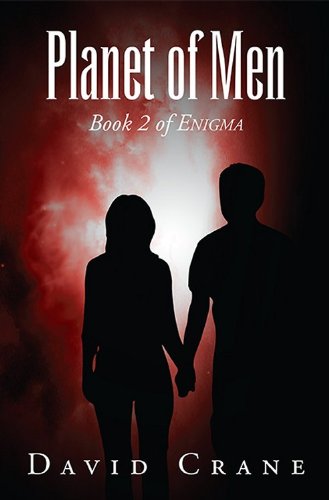 Planet of Men: Book 2 of Enigma follows Peter Blackwood as he tries to save his planet Enigma from the lurking dangers of invasion and the alien red cloud. Accompanying him are a ragtag bunch of rebel smugglers as he tries to find and activate the Heart of the Sun before it is too late. Despite his personal struggles and sacrifices, Blackwood has to keep a brave outlook in the face of danger, inventing new, ingenious strategies and tactics to keep the enemy armies at bay.

The starting scene of the book immediately drew me in. The way the author kept lulling me into a sense of calm and then suddenly bringing in the action was startling and always kept me on edge. Peter Blackwood, the protagonist is one of the most relatable protagonists I have read in awhile. He is brave and trying to do his best in the hostile situations he keeps finding himself in. This is not to say that he does not have flaws, because he does. And the fact that we are let in to see him fighting his internal and external demons adds to his wonderful and very real character. He represented a persons desire for freedom and equality, without losing their humanity. I could almost see him as being the male equivalent to Katniss Everdeen of the Hunger Games.

The female characters in this story were also depicted as strong and inspiring. Both Sachiko Nomura and Lita Sandir were both well fleshed-out characters. Their lives existed beyond being simply narrative tools for the story, and I loved both of their personalities.

The imagination behind the weapons and battle methods used in the story were impressive. I usually find myself zoning out in fantasy fiction books when an extremely complicated and difficult-to-follow action sequence comes up. However, that was not the case here. David Crane is an expert at keeping the reader engaged throughout the scene, while keeping it easy to follow.

The insidious presence of the alien red cloud was also one of the most unique antagonistic presences I have come across in sci-fi. The omnipresent danger always lurking around the corner, catching every single misstep- I got chills at the simple but terrifying reality of the situation. This was a gripping book and perfect for anyone with an interest in science fiction and fantasy.

← The Colburn Curse – Trailer
Honeycake: A Circle of Trust – Trailer →