← An Argument Inside My Head
Passing on a Legacy →

Get Up And Write Crazy Stories 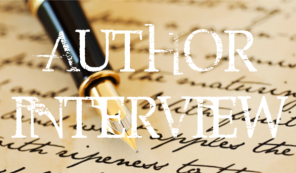 Unglued: The Book of Strafe is an entertaining and sometimes humorous look at a young man who’s trying to make his way through life. What was the inspiration for the setup to this story?

Unglued: The Book of Strafe is a fictionalized version of my experiences as a young man. I worked in a New Jersey chemical factory, in the glue department, each summer while in college and graduate school. Many of the events that happen in the book actually occurred in real life. I would work midnight shift in the factory then go home and sleep during the day. In the afternoon I’d get up and write crazy stories before heading back to the factory.

I enjoyed Peter Strafe’s character and how he continued to develop throughout the story. What were some driving motivations behind his character creation?

I actually created Strafe as a character while writing my first novel in college. The story was basically unreadable, but Strafe was meant to be a “wise fool”, the character who moves foolishly through an absurd world but somehow retains his child-like innocence. When I started writing Unglued, I decided to make it the story of Strafe who I’d first written about in 1975.

Peter utilizes Zen Buddhism to help him throughout his life. Why was this and important idea to include in your story?

I started reading about Zen while I was working in the glue department. Like Strafe, I’d sit up on the tank trucks and meditate while they were loading with glue. I had no idea what I was meditating for, to, or from, but none of that seemed to matter. I was determined to understand the real meaning of “one hand clapping” and become enlightened, dammit! Today, I’m not religious in the sense that I practice or follow any religious traditions, but I try to practice mindfulness in my affairs, and I wanted to have Strafe make small steps in the arenas of mindfulness and right living, too.

I’m currently working on a sequel to my first novel, The Autobiography of Charlie Lord. The book’s working title is The Apocalypse of Charlie Lord, and takes place in California against a backdrop of pandemic, fire, and other environmental catastrophes. It’s a comedy. Publication date late 2020.

It’s 1978, and for recent college graduate Peter Strafe, the path to enlightenment zigzags absurdly through his mother’s basement, a disaster-prone New Jersey glue factory, the Coconuts strip club, a sports arena that offers ten-cent beer night, dog ownership, the Museum of Modern Art, his girlfriend’s bedroom, a tornado, and (of course) California. In an attempt to make sense of the absurdity around him Strafe begins studying Zen Buddhism and practicing meditation atop tank trucks as they fill with glue. His foray into the world of Zen leads him to discover his inner writer. He writes poetic Zen gems like “We be” and “I shy” before moving on to wonderfully bizarre short stories and epic genre-bending novels that span continents and solar systems. Of course, all this growth has Strafe headed straight for a crossroads– company man for the American Starch and Adhesive factory or Zen Master writer?

← An Argument Inside My Head
Passing on a Legacy →