← A Literary Smorgasbord
Get Up And Write Crazy Stories →

An Argument Inside My Head 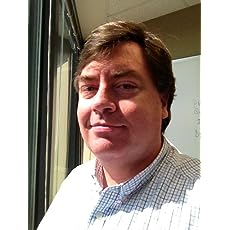 The Bit Dance follows a teen genius who must outwit an ex-KGB agent who uses a cutting edge toy for nefarious purposes. What was the inspiration for the setup to this thrilling story?

I have spent 30 years as an IT professional. That provided the technical facet to the story. The fascination with bees and their built-in intelligence comes from my uncle, Fred Ingram. He kept bees to support his fruit trees. He knew a lot about bees and spent time talking to me about them. That has always been in the back of my mind stewing among my technology-oriented thoughts. It all kind of emerged as a complete stew in this book.

Kayla is a intriguing and well developed character. What were some ideas that guided her development?

Thank you for the kind words about Kayla. I lean hard on my characters to drive my stories. They are of utmost importance and their internal drive, motives, and personalities have to take precedence over my own. Sometimes, that ends up in an argument inside my head. It’s one I have to let the character win. Kayla started out in early drafts as a male of the same age. I have two daughters, both older than Kayla. The struggles I have had trying to drive my girls to be the most they can be in a world that isn’t always easy for females while simultaneously being a loving father that allows them to be themselves drove me to change that character to a female. The whole father-daughter challenge is complex and can be even more so if a father is a driven personality and the daughter has skills of her own that may lead her in multiple directions. I think it added a lot to the story.

I enjoyed the technological explanations you provided for the eBots. What kind of research did you undertake for this book to get these as accurate as possible?

I did a lot of reading about the Bees Algorithm to understand how it is being used for real-life applications today. I also had to dig into a lot about how communication technologies like Bluetooth work. Other things like the technology borrowed from robotic vacuum cleaners and file-sharing technology used by social media is pretty easy to research, but it does take time to get it right. I also made sure that the history around the KGB and other Soviet-era topics was right. Koslov’s back-story had to be convincing. The car he drove is real. The explosives he used were thoroughly researched. The history of the KGB and the crumbling of the old Soviet Union is all accurate. The sniper rifle mentioned in the story is real and accurately described as well. When you write stories that might attract sci-fi fans, you have to realize that they are picky people when it comes to realism – or at least the suspension of disbelief.

I am working on a young adult-oriented fantasy novel set in 1976. The protagonists are 11-year-olds (a boy and a girl). It centers around the concept of multiple universes and a means to travel between them. It’s slow going because my day job still dominates my life. If I could earn enough from writing to pay the bills, I could change all of that. That story is probably around 40% of the way to first draft. I’m hoping to have it out before the end of this year. The working title is Talisgate. I wrote one book before The Bit Dance. It’s called Motes. It’s a first-contact kind of story with an unusual twist. You can find it on Amazon.

What happens when millions of tiny minds find a way to work together? At what point do they become one? At what point are they no longer merely machinery, but actually alive? Kayla Henry is a genius. She has a grasp of technology that far surpasses that of people three times her tender age of fourteen. She has mastered every skill she has attempted to acquire – except the ability to impress her father and appease his overbearing perfectionism. The eBot is the newest offering from her father’s employer that will set the company’s course for as much as a decade. It is a revolutionary toy endowed with groundbreaking technology and an online community that will encourage consumers to share their experiences. Kayla is fascinated by it and longs to be a part of it in any way she can. When an ex-KGB officer appropriates the technology for his own nefarious purposes, it responds in ways no one could predict – or even imagine.

← A Literary Smorgasbord
Get Up And Write Crazy Stories →