The Autobiography of Charlie Lord is a coming of age story following a teen trying to navigate life’s hurdles in the 60’s. How did the idea for this novel start and change as you wrote?

The book definitely grew and changed over time. I began writing this story in 1982 or 1983, shortly after moving to California. I wrote about 50 pages then put it aside. Every so often I’d pull it out and work on a chapter, then put it away, again. Then in 2017, while I was lecturing my 16 year old daughter on not squandering the gifts and talents we’ve been given, that she asked me point blank when I was gonna finish my book. Busted! I wrote a chapter that day, and a chapter the next, then another, and another. In 30 days I’d finished the book. Initially Charlie was going to be a member of the Mythic track team, but I made him a wrestler, instead, but the real difference in the book from how it was originally conceived is in the perspective I gained in the 35 years it took me to finish it. Charlie, and I, both developed tremendously as characters over that time.

Charlie is an intriguing and well developed character. What were some obstacles that you felt were important to his character development?

I’m not sure if Charlie’s navigation of life in Mythic is fraught with any more obstacles other than those that the average kid growing up in the 60’s and 70’s faced. Charlie is growing up in an era defined by generation gaps and social upheaval in terms of race relations, the assassination of political leaders, and the Vietnam War. Charlie tries to make sense of this with what limited tools he has. You might say that the book is really Charlie’s attempt to make sense of the America he loves, both the country and the character America Lightshadow.

I enjoyed the authenticity with which you told this story. Was there anything from your own life that you put into this book?

The book certainly contains elements of my own life. I wrestled in high school and planned on wrestling in college until I accidentally put my arm through a window the day before heading to the University of Connecticut. My father was a career Army non-commissioned officer and my mother is from Japan. The house Charlie grows up in is an exact copy of the split level l house I grew up in as a child, but I tried to extend the book’s authenticity beyond the physical descriptions of Charlie’s life. I wanted the book to be emotionally true. I wanted Charlie’s emotional reactions to be as complex as they are in my own life.

This is your first novel. What do you think this novel taught you about writing?

Well, first, I learned that writing a novel is a lot easier than it looks. Rewriting, on the other hand, is brutal, but that’s where you actually learn the craft of writing. I also discovered my “voice” as a writer while putting Charlie Lord, together. That, in itself, was worth the price of admission. 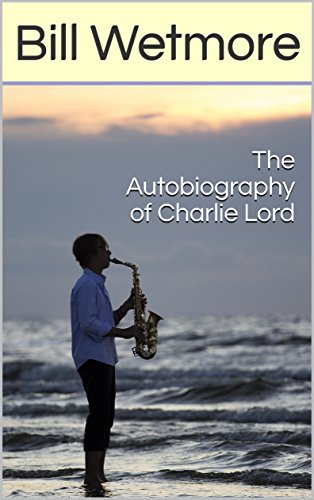 A coming of age story about a half Japanese-American kid growing up in the mythical town of Mythic, Connecticut, in the 1960’s and 70’s. Charlie Lord discovers the sport of wrestling and the art of playing the saxophone while attempting to navigate the thornier questions of life, love, family, and friendship surrounded by a comic cast of characters in this poetic and brilliant first novel.