← The Power of Memories
The Matilda (Matilda Series Book 1) → 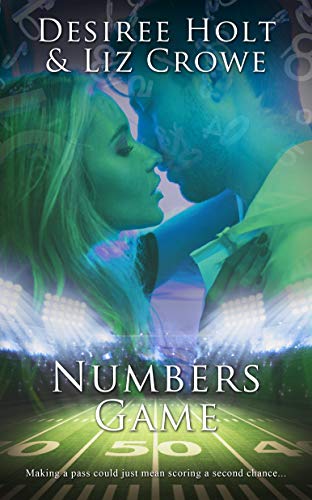 Numbers Game by Desiree Holt and Liz Crowe is a heartwarming, uplifting, and steamy romance novel centered around the blossoming relationship between sports journalist Olivia Grant and former star quarterback Duncan “Hatch” Hatcher. The two meet as Hatch takes a coaching job at the university that gave him his start in football, and Olivia rejuvenates her reputation as a journalist by filming a documentary about his return. Their romance holds excitement and promise despite the threat of past trauma, the media, and conniving ex-spouses. As they reemerge into the public eye, Olivia and Hatch come together and find support in one another.

Through Numbers Game, Holt and Crowe create a story with a lasting message—restarting your life and finding joy is possible for anyone, no matter what you’ve gone through in the past. I found Olivia’s experience as a career woman incredibly inspiring and relatable. Despite consistent threats from the powerful men around her in her field, she’s able to persevere and make a name for herself without relying on anyone else’s work or input.

I was pleasantly surprised by the conversations around mental health introduced into the story. With a sport like football, there’s often a stereotype that players and coaches need to be incredibly macho and strong, but Hatch’s character is vulnerable about his struggles in life and encourages mental support for the boys on his team. Topics like addiction and trauma aren’t shied away from, and within their relationship Olivia openly supports Hatch when he opens up to her about his past. I loved reading about their genuine connection and care for one another.

I felt that the attraction between Olivia and Hatch occurred quickly in the story, but their relationship ended up following a healthy and well-paced course. I was wary that the romance might feel like an “instant-love” situation, but Olivia and Hatch had realistic conflicts that made sense for the progression of their relationship and prevented it from feeling too idealized.

Numbers Game is an encouraging story of true love and second chances, and I enjoyed every moment reading it. It’s rare that a romance book is so open to discussing darker topics like addiction and abuse in marriages, but Holt and Crowe managed to create a story that introduces a loving couple embracing their flaws and making the best out of every tough situation. If you want to leave a romance story feeling uplifted, this is the one for you!

← The Power of Memories
The Matilda (Matilda Series Book 1) →