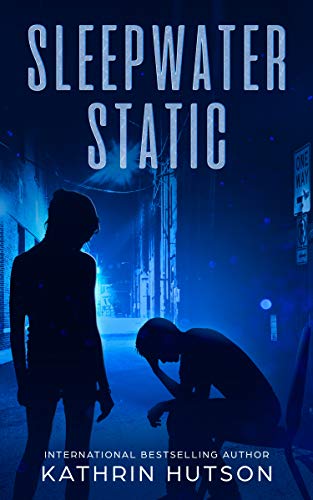 Bernadette Maney is an elderly lady who left the comfort of her home for someplace unknown and along the way made friends who have become more like family. However, that family is now being threatened. The Wyoming Sleepwater chapter is in danger from the government and we find our eclectic group of characters on the run again. This is despite one pregnant member being so close to her due date and Bernadette’s arthritis being especially bothersome. Bernadette assumes they will be safe in a cabin in South Carolina. But will they? How will they manage to deliver an infant with everything that is going on? How will the Wyoming Sleepwater chapter survive having lost so many members?

This is book two in Kathrin Hutson’s Blue Helix sci-fi series. In this installment, we get to dive deep into Bernadette’s character and experience her wisdom. This book touches on issues like racism in a way that is powerful and effective without being annoyingly political. While it is a second in a series, the first is not a necessary prerequisite. The book handles revisits expertly. Providing just enough information from the first book to give the backstory but not overwhelming the reader with information or regurgitating the first book.

Sleepwater Static is an excellent piece of thought-provoking literature. Wyoming’s Sleepwater chapter persecution parallel’s contemporary societal issues. The fight for LGBT civil rights is a global issue, but in Sleepwater Static it is distilled down to a group of friends, and driven by well defined characters with special abilities that still must overcome humanities abhorrence to diversity.

Bernadette was only a little more than briefly introduced in the first book. In this book, we get to see her in all her arthritic glory, exuding wisdom and life experience. But character development was something I took for granted as it was well on display in the first book and carries over to book two. Bernadette returns home only to find that trouble is hard to elude.

Sleepwater Static is a story that is consistently entertaining. It reminds me of Netflix’s recent sci-fi movie Code 8. If you have a chance to pickup book one in the series then do so, it will make book two much more enjoyable. In either case this is a fun book that you shouldn’t pass up.