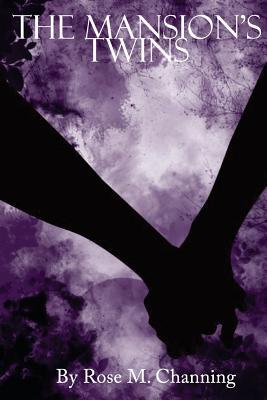 Rose Channing delivers a captivating fantasy novel filled with magic, friendship and discovery. The Mansion’s Twins is the story of Savannah and Ellie Senka, a pair of identical twins who lived in the real world in two different families and then brought together by a twist of Fate and magic inside the mansion of another world, where other gifted children were taught how to use good magic and the others gifts within themselves. For the both of them, they learned it was a whole new world inside this alternate universe for them to make things right and fight against the roots of evil.

For Savannah Senka, the oldest sibling in the Kali family, who wanted a break from reality and her father’s wrath. She ran into a girl named Ellie, who looked like her as her own mirror image. Together they bonded as friends and discovered a mirror cave that lead them inside the mansion of the dreamworld. That’s when they learned about their destiny as the Senka twins and made new friends inside the mansion. They discovered about their own magical gifts from June and Julian, the two leaders of the clan. While they made new friends inside their new home, they learned how it was up to them to go on their journey to fight against evil, learn their magical gifts from the legend of Claire and Dmitri, and to reset the balance in their world.

The mansion world was very idealistic with its own nuances inside the home with each specific room and places. For their type of kingdom, it was very special with the mirror world of psychic gifts and extraordinary magic that give it a hint of fantasy. The elders and the other characters had their own story on how they landed here to make it this home. Whether they were gifted or different, they were loved and wanted.

There is a lot of potential for this story to be carried on through several books in a series. I felt that there was a lot of telling rather than showing, but this was a fascinating novel with depth and intelligence. I would compare this novel to Stephen King’s “Firestarter” and V.C. Andrews’ books, because of the psychic theme. Rose is a gifted writer who built a whole new world within this magical tale that young adults would enjoy reading.