← Plenty to Satirize
The Dressmaker and her Daughters →

Views from the Asylum 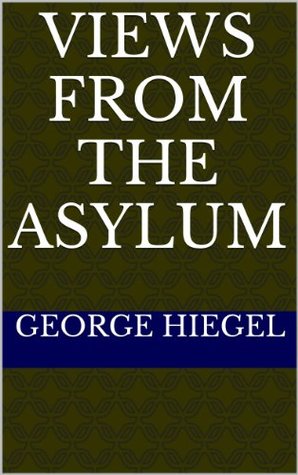 Views from the Asylum follows a nameless protagonist as he spews, almost stream of consciousness style, what he deems to be “psychotic views” while dealing with the fallout of his own failed suicide attempt. The topics covered in his rants are wide-ranging and are anti-government. For example, he rails against the U.S. government and their actions, such as the war on drugs and military bases overseas. He states that several middle-east countries are in bad shape today because of American foreign policy.

The text is interrupted by poetic verses, some from published works of other writers, and some of the narrator’s own creation. They add depth to the text surrounding them, and it is a nice break.

The character describes himself as non-religious, but is surprised by a pleasant visit from a priest during his stay in the hospital. He analyzes all of his experiences with other humans throughout the text, but this interaction seemed to have an effect on his character.

One scene involves the character pulling a “Sherlock Holmes” on his doctor, analyzing her appearance and her surroundings to draw conclusions about her character. Through this the reader see’s the narrator’s intelligence and keen eye for observation.

In short, his character can be described by a sentence he speaks to his doctor. “I see no real progression in human nature, since it first started.” His inward looks at himself and at the societies of the world leave him wanting humans to wake up and act more enlightened. His frustration with this lack of enlightenment seems to be the biggest conflict for him.

Overall, it is interesting to follow the narrator as he tries to work his way through his feelings, emotions, and thoughts as he recovers from his suicide attempt. However, many of the ramblings on which he embarks do not help to develop the character, which is unfortunate. But his “psychotic views” do lead to some deep dialogue.

← Plenty to Satirize
The Dressmaker and her Daughters →