← Introducing Charlotte
Arose From the Myths and Legends → 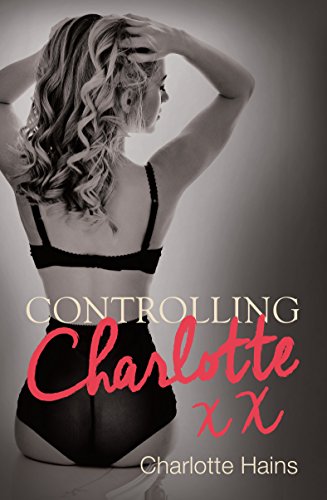 Charlotte and Lloyd decide to take the Sub/Dom relationship to the next level by developing a 6-month contract where Charlotte is to submit to Lloyd and abide by his rules. If we think back to the first book and the fact that Charlotte was getting out of a domestic-violence relationship with a past boyfriend who controlled so many aspects of her life that she even had to give up her job as a nurse, it can be difficult to keep Lloyd’s tactics on a separate level. While both men certainly controlled Charlotte’s every waking moment, it is imperative to remember that with the relationship with Lloyd, Charlotte is calling the shots. She has a hard time realizing and maintaining control of her emotions, but Lloyd makes a serious effort to constantly confirm with Charlotte that she is partaking in his lifestyle because she wants to. While Charlotte battles with her foul-mouth and her insecurities, she begins to open up and accept more about the lifestyle she actively indicates she wants to be a part of.

There are a few precarious situations that Charlotte finds herself in throughout the story. She once again finds herself in a situation with an aggressive male who not only threatens her safety, but actively works towards hurting her. Charlotte stands firm and is able to safely navigate the situation where not only she gets away from this man, but she also saves another sub who is her friend in the process. This is a big step for Charlotte because for much of the series she has been intimidated by men she does not know because of what she has gone through.

← Introducing Charlotte
Arose From the Myths and Legends →