The Astral Surge follows two siblings as they are exposed to two different forces of nature. What was the inspiration for the idea behind this novel?

The inspiration comes from a deep reflection on life in general. Consequences and repercussions, both positive and negative, happen for all of our actions in life, maybe not as cinematically as how they unfold in the novel. But, I feel that’s one of the most exciting components of story-telling. As long as we keep our characters as real and as human as possible, we can confidently throttle up their life situations to even some surrealistic levels. Readers would still connect to the bizarre events because they’re already ‘connected’ to the characters at a subliminal psychological realm that mirrors their own.

Catherine and Ron are intriguing and well-developed characters. What were some themes you wanted to explore with their characters?

The driving factor was the adage ‘You’re free to make your choices. But, you aren’t free from the consequences of your choices.’ Choices could be positive or negative. So, the logical drop-down to this main thought is one of the siblings – Catherine – making all positive life-choices and the other – Ron – choosing to go with the wrong decisions. The intricately weaved after-effects of their respective choices add flesh and blood to the entire story.

In this book, you explore how positive and dark energy can affect someone’s life. What were some ideas that were important for you to focus on in this book?

The idea springs from the premise that all of us are infinitesimal extensions of the Cosmic Energy… just like how every life-organism of the Earth is. But, by virtue of being endowed with the sixth sense, we humans can consciously connect to this Energy and, in turn, let it intervene and make corrections where required. It is this premise that opened the door for a ‘paranormal fiction’. Logically tying the life events of Ron Osborne, Catherine Osborne, and Peter Fox, the story culminates in Andrea Osborne (Catherine’s and Ron’s mom) becoming active after her death to stop Ron on his diabolic mission and facilitate the needed catharsis.

I am yet to start working on the next story but yes… the plot that’s hovering over my mind seems quite a potential that could constructively engage my readers. I’m waiting to be led. Thank you. 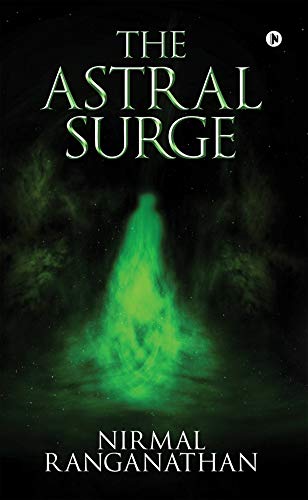 Two siblings, Catherine Osborne and Ron Osborne, are actively exposed to nature. One to its positive energy and the other to its dark side. Both of them are rewarded for their dispositions in an ethereally terrifying sequence of events that culminates into an astral intervention and ultimate catharsis.