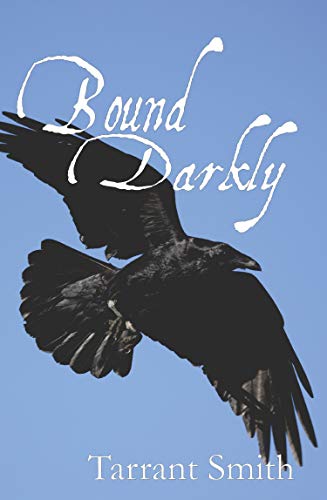 Seeing is believing… most of the time. In the case of Sinnie, to see her one would never believe that she is a fairy. For all intents and purposes, Sinnie is strong-willed, highly-trained, woman of confidence and skills. Descending from the Captain of the Queen’s Guard himself, Sinnie has everything she could possibly want and knows where she is headed in life–but something is missing. Much to her family and friends’ chagrin, that something is an unseelie, one of the darkest members of the fairy world. Sinnie’s heart knows what it wants and, unfortunately, her heart wants Hueil.

Bound Darkly, the second in the Darkly series by Tarrant Smith, primarily follows Sinnie, a strong woman and fairy–one of the seelie clan. Sinnie, though a fairy, is battling many of the same feelings as any mortal when it comes to love. She knows what she wants, but is leery of pursuing it for fear of the reactions of others. Like many a mortal woman, Sinnie is attracted to the rebel–the bad boy–and Hueil is, without a doubt, one of the worst. Their story more than makes the book a worthwhile read. The chemistry between the two and the true feelings of love experienced by Hueil are raw and relatable.

Hueil is a well-developed character and appealing in all the wrong ways. Readers will love to hate him and likely grow to understand very quickly Sinnie’s attraction to him as the bad boy. Smith goes to great lengths to make Hueil as colorful as possible and details everything from his exploits to his determination to have Sinnie and to do the job with which he has been tasked.

Jen, another fairy but not Smith’s main focus in this installment, possesses a unique ability that I found to be quite captivating. The emotional shielding Jen is able to demonstrate is an amazing facet of her personality and life as a fairy. Though it is draining and taxing, watching her put it into play is fascinating.

In my opinion, Bound Darkly easily fits into two genres. It is clearly a beautifully crafted work of fantasy with the fairy realm as its primary focus. Warriors and fairies alike have the most unique and stunning powers. Their abilities keep the pace of the book moving and the amount of action in the book is perfect when compared with some books that seem to be overfilled with such scenes. In addition, Smith gives her characters a fair amount of romantic encounters and is especially explicit in detailing their escapades.

Smith has succeeded in offering readers a sequel to Book 1 that is easy to follow for those new to the series. I highly recommend Smith’s second book in the Darkly series to any reader who seeks books with a combination of fantasy and romance.