← Inspire Creativity in Others
Revenge and Ruin →

A Darker Side to Him 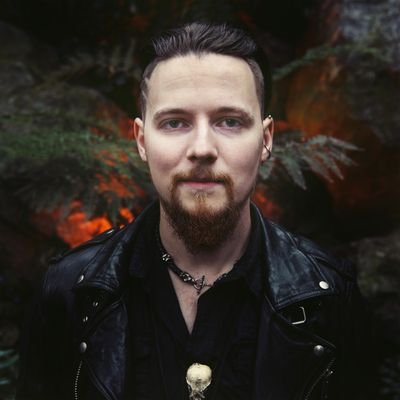 The White Hand is a genre-crossing novel with elements of a macabre thriller and romance as well. Did you start writing with this in mind, or did this happen organically as you were writing?

The cross-genre aspect of The White Hand was always been known from the beginning of the project. Since the novel is part of the Rutherford Manor universe, there were some things that I could not change. The White Hand was the first time I have adopted pre-existing characters and a pre-existing world. Thankfully, I was also giving a lot of freedom to develop a unique plot and create characters that would best fit within the world and complement the existing elements.

Rutherford Manor has always crossed between historical, horror, and thriller. The romance side of the novel was not known initially. The protagonist, Spalding, is a character with a lot of complications. He means well, but also has a darker side to him. This makes him human. During the early phases of defining the premise and chapter outlines, I wanted to give him an internal struggle. He needed to develop throughout the story and be relatable. This is why Irene was created. She basically is the one person he is unable to get out of his head.

The emotions that Spalding feels for Irene creates a interesting dynamic for the novel because she is the daughter of the boss of The White Hand. Not often do I write romance sub plots in my work. It was a lot of fun to explore these emotions. As with the majority of people, we all experience love in our lives. This was one of the few times I have been able to tap into the intense feelings that people go through. It was a long of fun and added to the uniqueness of this storyline in my writing career.

How did you create Alastor and Spalding’s characters in a way that contrasted yet still supported the characters development?

Alastor and Spalding were pre-existing characters in the Rutherford Manor universe. There was some back story already developed for both of them. Alastor had less to work with and Spalding, which gave me an open canvas to decide what strong and weak character traits he would have. Naturally I turned to his two sons, Walter and Nox for inspiration. Alastor also had to provide a interesting wokring dynamic for Spalding.

Spalding is a complicated character. He is well defined within the Rutherford Manor universe and gets himself into a lot of trouble. The challenge with him was to do him justice in the written word when he’s had so much developed already. His internal monologue was a lot of fun to dive into because of his complex desires.

What was your inspiration for the setup of the story and how did that help you create the ending?

The premise for the story was open-ended when I was first thing contact with the Rutherford Manor creator, Preston Ewasiuk, and his wife Karla. Unlike previous novels that I’ve worked on, this was not just my own story to tell, but the story for everyone involved within Rutherford Manor.

I approach this novel as I would with graphic design projects. I found the creative process when designing logos, or other branding material, is incredibly transferable. Basically you start with high-level concepts and then work your way inward to the finer details. In regards to telling a story, this meant coming up with a couple of premise ideas, refining one, then forming the story outline and tweak, then chapter outlines, and finally the first draft and tweak.

There was preexisting canon in the Rutherford Manor universe. Knowing about what was core to the world made defining a story that would fit within the timelines a real challenge and glad I was able to participate in such a project.

Currently I am working on wrapping up my dark fantasy series, Mental Damnation. It is long overdue. I also have an untitled slasher novel currently in the beta reader phase. There is also discussion about a sequel to The White Hand. So, there’s lots in the works with no definitive release dates as of yet. Readers can find out more on my website http://www.konnlavery.com or on social media where I post regular updates on what is going on with my writing progress. 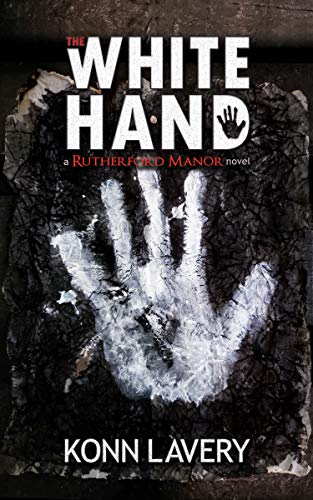 Based on the award-winning Haunted House and forthcoming television series, The White Hand brings you into a historical thriller combining mobsters, forbidden love, old souls, murder, and betrayal.Rutherford Manor – a safe haven for some. For others, a home that holds many sinister secrets. Run by the Fleshers and the Savidges, these two families have survived for generations leading up to the present day of 1890. Headmaster Alastor Flesher and his business partner, Spalding Savidge, find themselves in desperate times to provide for their families.Their needs wrap them into a deal with the Irish mob – The White Hand. The two men willingly work with the gang as resurrectionists, obtaining bodies for anatomists. Alastor and Spalding develop a unique process, gaining access to the most well-preserved bodies. Their product becomes desirable throughout the black market in Illinois.Despite the handsome pay, Spalding is left in disarray. Alastor’s desperation for income runs deeper than he ever knew. His moral compass is shattered due to their snatching methods. Spalding plays with fire, developing something known as love for Irene, the daughter of The White Hand’s boss. With a dash of foul play and new allies, Spalding becomes the glue that holds Rutherford Manor together, and he is coming unbound.Join the Fleshers and the Savidges as they plummet into an era-altering series of events that will change Rutherford Manor forever.

← Inspire Creativity in Others
Revenge and Ruin →