← My Own Voyage of Discovery
An Extraordinary Pioneer Woman → 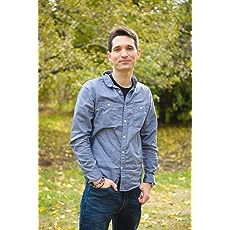 Two Years of Wonder is a memoir detailing your journey towards recovery after an attempted suicide. Why was this an important book for you to write?

Initially writing the book was part of my healing process. Post hospitalization I didn’t have too many intentions of ever publishing it, just to complete it as a way to give a shape to what I had been through. But then as I began to share it with people who were curious about it they kept saying to me “this story has to reach a wider audience.” Then when the kids themselves told me they wanted their stories shared, I felt an obligation to finally get it out there.

Throughout this book you interweave stories of orphan children you helped in Nairobi. What were some themes you felt were important to capture in this book from their stories?

Resilience and hope. While the book contains some of the harrowing experiences of the kids which–I know–are painful for a lot of people to read, throughout even their worst experiences so many of these children demonstrate such a fierce determination to survive and even thrive. They do even to this day which is why I wanted proceeds from the book to go towards their further college educations so they can continue to have some of the same chances I had.

I found this book to be inspirational. What do you hope readers take away from your book?

I want to shine a light on the suffering of these children and how that is a stand in for the suffering all around us. As Dr. Helene Gayle says in the foreword, we don’t need to go to Kenya to find suffering an inequality our world today. A lot of us can just walk down the street. To that end, I hope it makes everyone a bit more compassionate, whether its for vulnerable children in Africa, at our southern border, or the addict/alcoholic on the street corner.

My next book will be available later this summer. It is called REAPER MOON: RACE WAR IN THE POST APOCALYPSE. It is my attempt to take on the toxic nature of white supremacy and white nationalism which have become resurgent in the United States right now. Link to the preview page on my website is here: Reaper Moon — Tenebray Press. 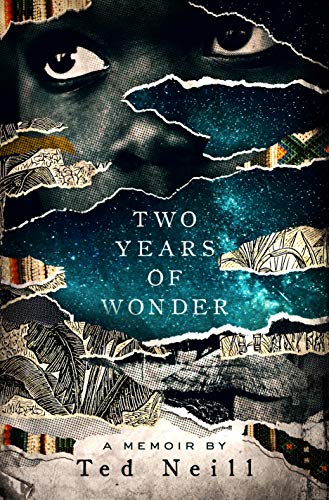 September 25, 2012 Ted Neill picked up a knife to cut his wrists open and kill himself. Post hospitalization and treatment for major depressive disorder, he wrote Two Years of Wonder, a memoir based on his journey towards recovery. In it, he examines the experience that left him with such despair: living and working for two years at an orphanage for children with HIV/AIDS in Nairobi, Kenya.

Neill interweaves his story with the experiences of Oliver, Miriam, Ivy, Harmony, Tabitha, Sofie, Nea, and other children, exploring their own paths of trauma, survival, and resilience. In prose that is by turns poetic, confessional, and brutal, Neill with the children he comes alongside, strive to put the pieces of their fractured lives back together as they search for meaning and connection, each trying to reclaim their humanity and capacity to love in the face of inexplicable suffering and loss.

About the Author: In addition to his time living in Kenya, Ted Neill has worked for CARE and World Vision International in the fields of health, education, and child development. He has written for The Washington Post and published multiple novels. His share of proceeds from Two Years of Wonder are donated to the children featured in its pages as well as other Kenyan based organizations that support vulnerable children and youth.

← My Own Voyage of Discovery
An Extraordinary Pioneer Woman →