← For the Love of Alison
The Dung Beetles of Liberia →

The Trial of Connor Padget 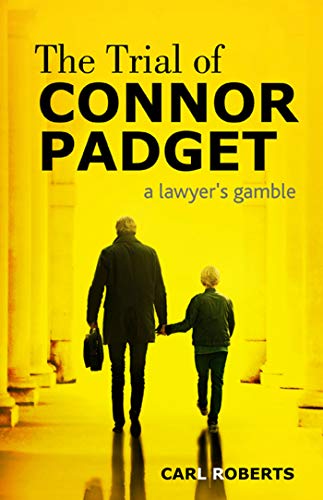 Jack Carney, an Air Force veteran, is now a lawyer specializing in civil cases. Jack’s life takes an unexpected turn when his friend, Connor Padget, shoots a man at the Baton Rouge Airport live on the five o’clock news and gets charged with murder. Although Jack decides to defend his friend, it comes at a price. Jack does his best to justify what Connor did and bring to light the reason he had to kill: he was protecting his family. But will it be enough? Can he save his friend?

The Trial of Connor Padget by Carl Roberts is a fantastic legal drama that describes the everyday life of an attorney and the ins and outs of the legal system from the commission of the crime to the verdict; all punctuated with military and religious elements. All the while readers get an insight into the complexity of a criminal case. The story of Connor Padget, and how he comes to shoot someone who kidnapped his son, is interesting and raises some serious moral questions.

The novel contains a wide range of characters, but there are big differences in their development and portrayal. I felt that the novel focuses on the description of the legal process, rather than on deep character building. However, the narrative for the main character Jack Carney is very well developed. He is a successful lawyer, but he is loyal to his friend, which causes some problems at the firm. The reader is treated to many details about his former profession in Air Force personnel; which will peak the interest of any military fan. With his private life causing turmoil, Jack is left to balance his profession with his personal life.

Although some details from Connor’s past are shown, his life – except some basic facts – and his characteristics stay a mystery until the end. Connor’s wife, Mary Beth and their son, Scot play a big role during the trial, yet in some cases, the motives of Mary Beth’s behavior were unclear for me.

Carl Roberts’ book is a fantastic addition to the legal drama genre. The main idea of the book is intriguing and creates a strong base for a stunning story.

← For the Love of Alison
The Dung Beetles of Liberia →