← His Views on Life and the War
Bolan’s Quest II →

The Journal follows a young man’s search for his sister who has gone missing in Cambodia and finds more than he thought. What was the inspiration for the setup to this intriguing story?

In my early twenties, I spent two years travelling and working my way around the world. It was an exciting, engaging and enthralling adventure that I will never forget. Travelling on a shoe string budget, I began in Europe, traveled across Russia and China, moved down through South East Asia and into India before going across to Australia and New Zealand and, finally, into South America. I regularly wrote about my experiences whilst I was away and wanted to try to use this to create something, but at the time I wasn’t sure what.

A few years later, whilst doing some creative writing classes, I had an idea for a novel. I wanted to create a story that revolved around the search for meaning. I thought that it would be an interesting concept to try to explore this in the context of someone going on a literal search. I decided upon the idea of a young man searching for his sister after she had disappeared whilst travelling abroad. When I considered the setting for the story, I wanted to be able to authentically represent a part of the world in which the protagonist would instantly feel out of place and yet, at the same time, experience the wonder and amazement that the world can offer.

I liked Ethan’s character and thought he was well developed. What were the driving ideals behind the characters development throughout the story?

I wanted to write a bildungsroman style novel and to explore some of our most fundamental questions, such as: What does it mean to be a human being? Why are we here? How should I live my life? These are questions that everybody considers at some point. It is part of the human condition to question the nature of our lives; we wouldn’t be human if we didn’t. Most of the time we might ignore these questions, or not really consider them. Alternatively, we might push them to the back of our minds, thinking them unimportant in the hectic schedules of our day to day lives. However, as Albert Camus pointed out, these questions and the feelings that they evoke can push in and abruptly occur to us at any point, even just walking around a street corner. At any time we can be struck by the question of what is this really all about? And that feeling of not knowing why we are here and what’s going to happen can be quite powerful.

These questions can feel even more significant when we are on the cusp of adulthood, a time when emotions can run high, we are trying to work out who we are and are still yet to put together the pieces of our lives. When I began to write The Journal I wanted to try to create a character who would capture some of the naivety, anxiety, curiosity and idealism that comes with facing these questions at such a delicate time of life. After some different ideas, I settled on Ethan Willis, a bright, fragile eighteen-year-old boy who often struggles and feels frightened by the uncertainties that life throws at him. In The Journal, I chose to really bring out Ethan’s insecurities by making him have to go look for his absent elder sister who disappeared and was last seen on an adventure in South East Asia.

The story takes place in Cambodia and Laos. Why did you choose these locations for your novel?

When deciding on the location for the story, I turned to the notes I had kept whilst away for inspiration. Reviewing my travel writing and thinking back to my time there, I felt that South East Asia would be the perfect setting for the story. There is such a rich depth of variety, colours, tastes, sounds and experiences in South East Asia that I felt it would be the ideal place to throw my protagonist in at the deep end and highlight his sense of feeling out of place in this world. Travelling in Cambodia, Laos and Thailand can offer a visceral experience in which the beauty, awe and challenge of the world are never too far away.

In creating the world in which the protagonist, Ethan, inhabits, I drew from my memories of the back-packing scene in South East Asia: the conversations with strangers on bus journeys; the late night parties and philosophical discussions; the characters and personalities encountered along the way; the nature and intensity of the fleeting yet meaningful relationships formed in such an environment; the stunning beauty of some of the scenery; the pleasure seeking escape of being somewhere you might never be again; the desire to be individual and meaningful; the recreational drug use and the search for answers; the disdain for, and lack of understanding of, ‘real’ life; and the impact that this industry can have on those who have to live through it.

I have recently finished a first draft of my second novel and am currently beginning the painful process of editing. My second novel is a very different type of story and is a thriller set in a world that is like our own but with one important difference. I hope to have a second draft completed by the end of the year. 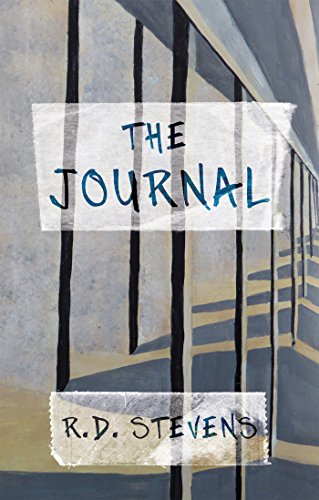 Ethan Willis is a confused 18 year old who struggles with the uncertainties of life and has just embarked on a quest to find his elder sister, Charlotte, who disappeared whilst travelling in South East Asia. Ethan admires and idolises his sister for her spontaneity, individualism and worldly understanding. His quest to locate her throws him into the backpacking world and, following what could be his sister’s ghost, he is taken on a journey through the countryside of Cambodia, into the remotest parts of Laos and finally to the party islands of Thailand.

When Ethan finds his sister’s journal by chance, he traces her footsteps. The travel journal, along with flashbacks to their childhood, reveals Charlotte’s nature and her relationship with Ethan, taking the young man on an existential journey as he is led to address many of his questions about meaning, truth and beauty.

With the help of Elodie, a fragile and complex girl with whom he has developed a meaningful relationship, and his own growing sense of self-esteem, Ethan begins to question his relationship with his sister and why she disappeared. When he finally learns of a place in which he might be able to locate his sister, will he be ready to find her?

← His Views on Life and the War
Bolan’s Quest II →