W900 is a genre-crossing novel with elements of a satire, humor and fantasy as well. Did you start writing with this in mind, or did this happen organically as you were writing?

Whenever I put the very first written letter on the page, at the start of a new story, ‘The Beast,’ as I call him, slowly emerges from his hibernation, growling What began its existence as a concept, suddenly has structure. From that point, I am only the conveyer of the messages related by the personalities in the story. Their characters speak to me from the text, almost demanding to be heard.

I’m a firm believer in allowing my ‘players’ to evolve, bringing my stories to life. This part of the process, could indeed be described as organic. However, I wish that just occasionally, they would be willing to listen to me.

What was your inspiration for the setup of the story and how did that help you create the ending?

The ending of W900, was the direct result of an event that took place much earlier in my life, involving a girl who chose a better life in Canada, to staying here with me. “Smart kid,” I hear you say and I would be pushed to convince you, or anybody else, otherwise. The end of the book also exhibits certain traits of “What was and what could never be,” which sadly, is probably the case for most people. I’m just happy, that Hovis wrote such a joyous end, to a potentially bleak story and it must always be remembered, that hindsight is always a questionably wonderful thing.

I enjoyed the depth of Hovis’s character. What was your process to bring that character to life?

Hovis Monk, is a conglomerate being, made up from the mosaic of problems that assail many people as they grow older and the increasingly impractical solutions which become more conceivably possible, almost by the day. Think of it as a sort of ‘What would my inner child do,’ response. Yet, as everybody knows, time and the retelling, can often distort.

And finally, the next book. I’m about to begin work on the tentatively titled, “Your Luggage is in Leningrad,” (details withheld), in the hope that it will be published around, or before Christmas of 2020 but like all written works, there are no steadfast guarantee’s involved. 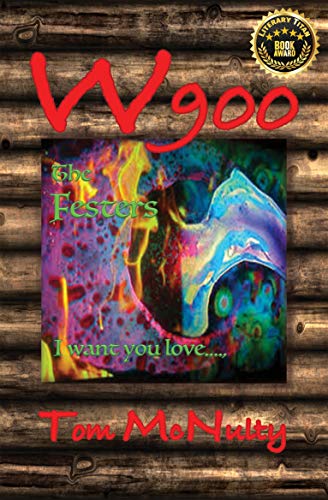 Hovis Monk had been decieved. Perhaps he always had been. His comfortable life in the Snowdonian bubble, provided by The Blue Yonder Mining Company, was ending.

As his world implodes Hovis spins into a realm of inner and outer realities, chance occurances, memories, music, luck and laughter.

This story describes the reunion of Hovis with his old Paisley Underground band, a little known group called The Festers, and his struggles with a very special Flame Red Time Trialing Onesey…