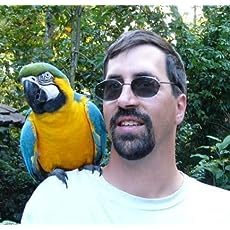 Sleep State Interrupt follows Waylee as she fights against big media’s omnipresent influence on society. What was the inspiration for the setup to this intriguing novel?

I’ve always been worried about the concentration of media and the decline of journalism, and the threats those trends pose to independent, critical thought and democracy. I’ve also been worried by the ever-increasing power of governments and corporations to record and manipulate every facet of our lives. But things could get worse—much worse.

Imagine an Internet where you could only access sites affiliated with Verizon, Comcast, or AT&T. Imagine that you could only watch Verizon-owned shows or movies, and this choice was limited to those deemed most profitable. Imagine if there was only one source of news, and that “news” was sophisticated propaganda. Imagine political opinions having to be approved by a corporate censor board.

This is what could happen now that the Federal Communications Commission, headed by a former Verizon lawyer, has overturned net neutrality. Instead of all data being transmitted equally, Internet service providers can act as gatekeepers, intentionally favoring some websites and content over others.

Sleep State Interrupt explores a possible outcome of these trends. In the book, a huge corporation (MediaCorp) works with governments to upgrade the Internet with ultra-fast fiber optic lines, more efficient switching, and better security. In the process, MediaCorp spreads money to the right people, and gains control of the Internet backbone. They use that to prioritize their own data flows or those companies that pay them a premium. Their stock goes through the roof, they crush or buy out their competitors, and MediaCorp gains control of nearly all information. Politicians do their bidding if they want to win elections. Most people are kept in the dark or misled. Everything they do is recorded and analyzed. MediaCorp also creates an addictive virtual reality called BetterWorld, which becomes so popular, it overtakes the physical economy.

Certainly, some would fight such a concentration and abuse of power. In Sleep State Interrupt, the heroes are marginalized people with no official influence. But based on my observations of activists, anyone with enough determination and skill can confront powerful entrenched interests and make a difference. If there’s an optimistic side to this novel, it’s that anyone can be a hero and anyone can impact the world.

Waylee is a unique and well-developed character. What were some themes behind her character motivations?

In the book, Baltimore journalist Waylee Freid decides to challenge the threat posed by MediaCorp. She’s frustrated because she can’t reach an audience, nor can anyone else who challenges the status quo. She’s an idealist who believes in freedom of information and yearns for a world where everyone has a meaningful life and access to basic necessities. On a personal level, Waylee bears a grudge against MediaCorp for buying out her paper, firing her, and putting her in the hospital (events that occur in the opening chapter). She attempts to end MediaCorp’s monopoly by exposing their machinations to the world and bringing down their corrupt political supporters (especially President Rand).

Waylee is outgoing and charismatic, and has a large circle of friends and acquaintances. She is extremely creative and resourceful, with a quick wit. But she seethes with inner anger, which arose from a violent childhood, poverty, and a hatred of bullies. She was sixteen, and her sister only seven, when they fled Philadelphia and the drunken fists of her stepfather and mother. Baltimore was as far as the contents of her mother’s purse could take them.

Waylee also struggles with cyclothymia (a type of bipolar disorder), but can’t afford medicine (which doesn’t help anyway) or therapy, especially after she loses her job. She embraces her hypomanic phase, which increases her creativity and energy. But when depressed, she fears her life is pointless and the world is hopeless. Her condition worsens under the stress of trying to complete her mission while being relentlessly pursued by the authorities.

Genre literature rarely features protagonists with mental illnesses. Yet such conditions are fairly common (2-7% of people in the U.S. have bipolar disorder). They don’t detract from a person’s worth.

I enjoyed the social commentary that popped up throughout this novel. What were some ideals that you felt drove the novel’s development?

The protagonists each have their own set of ideals, although there are overlaps. All believe in a free and open Internet, which was its creators’ original intent. Individualism is also a common hacker ethos. Pel, Charles, and Dingo are strong individualists (although their personalities differ quite a bit).

Waylee wants a free society that is governed democratically and collaboratively, and opposes narrow concentrations of power and wealth. “There’s plenty of money and resources to solve the world’s problems,” she says in the book. “But the handful of people who control most of the world’s wealth and power live in their own stratosphere and want to keep it that way… MediaCorp is their mouthpiece, manufacturing fake realities and keeping people distracted and divided.”

M’patanishi (“M-pat”) is a proponent of Ujamaa (community-scale African socialism) and has brought this concept to Baltimore. Well-paying jobs are few, and government services have all but disappeared. But people can work collectively within their neighborhood to meet each others’ basic needs (food, medicine, security, etc.)

This is book one in the BetterWorld trilogy. Where does book two pick up the story?

In Wrath of Leviathan, the second book of the BetterWorld trilogy, Waylee faces life in prison for daring to expose MediaCorp’s schemes to control the world. Exiled in São Paulo, her sister Kiyoko and their hacker friends continue the fight, seeking to end the conglomerate’s stranglehold on virtual reality, information, and politics. But MediaCorp and their government allies may quash the rebellion before it takes off. And unknown to Kiyoko and her friends, a team of ruthless mercenaries is after them, and is closing in fast. The Wrath of Leviathan (See Sharp Press; ISBN 978-1947071018) is available at most online book outlets. 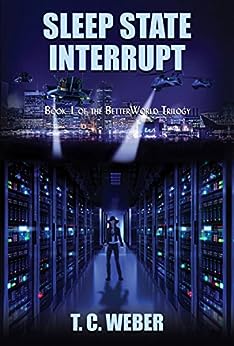 In Sleep State Interrupt, a giant media corporation has taken over the Internet, created an addictive virtual reality called BetterWorld, and controls nearly all information. Politicians do their bidding and a brainwashed humanity serves a privileged few. Waylee Freid, an unemployed Baltimore journalist with ever-worsening bipolar disorder, is the only hope for a brighter future. She and her countercultural friends bust a notorious teenage hacker out of jail and sneak into a closed presidential fundraiser at the Smithsonian castle, where they hope to record incriminating admissions that will wake up the world. Hunted by Homeland Security, Waylee and her friends must reach a sufficient audience by broadcasting their video during the Super Bowl. But to do so, they’ll have to break into one of the most secure facilities ever built.