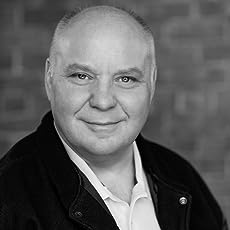 Cycles of Norse Mythology does a fantastic job of reinvigorating old mythology and breathing new life into their stories. What was the inspiration that made you want to write this book?

I grew up knowing of Odin, Loki, and Thor long before reading comic books. But when I decided to learn more about the Norse gods and goddesses, I became dissatisfied. All the summary sources (e.g. Bullfinches’ Mythology) were about a handful of male gods; they provided little if any information about the goddesses and the animals that populated the world of Norse Mythology. Talking with other people, I found the same limited information.

So, I began researching the topic, more for my own understanding than anything else. Sharing what I knew with others inevitably resulted in requests for more background and tales from earlier in the mythology. So, I had to do more research and to write more stories. Ultimately, this work expanded to encompass the entire breadth of Norse Mythology.

I thought the research was deep delivered easily. What kind of research did you undertake for this book?

Cycles of Norse Mythology is the culmination of 16 years intensive study of Norse myths that involved consuming research literature, multiple translations of works (from 900 – 1400 AD), and story compilations published since the late 1700’s to the present.

I hunted public and university libraries for references. I sought out period references, such as Tacitus’ The Agricola and the Germainia and Ibn Fadlan’s Journey to Russia. I searched new, used, and rare bookstores for any reference. I dug into cited references and searched for those. I still encounter new references (i.e. works from 875 to 1400s), and I hope there are translations.

Always seeking something cleaner, with less bias, I found the following website provided me with an international access to reference source materials: http://www.archive.org/index.php

The Internet Archive, a 501(c)(3) non-profit, is a digital library of Internet sites and other cultural artifacts in digital form. Like a paper library, they provide free access to researchers, historians, scholars, and the public.

Was there anything that surprised you during your research regarding Norse mythology?

I had several great surprises in store:

I’m currently finishing up a fiction novel that pays homage to three great Victorian characters of literary fiction: Sherlock Holmes, Dr. James Watson, and M_______―the time traveler of H.G. Wells’ The Time Machine. It is set firmly in the Victorian era, with all the social attitudes and prejudices of that time. I am hoping it will be out next spring.

A new work under development involves the Sigurd Myth, but it is too early to provide a timeframe.

These stories are old, old as the Behmer Wold and seldom in life has there been such a brewing…

Cycles of Norse Mythology captures the passion, cruelty, and heroism of an ancient world. Encompassing Odin’s relentless pursuit of wisdom across the nine worlds, Gullveig’s malicious death at the hands of the Æsir that sparks a brutal war with the Vanir, Thor’s battles against the giants of Jotunheim, the tragedy of Volund, the many devious machinations of Loki, and the inescapable events of Ragnarök, this lyrical re-imagining of the Norse myths presents the gripping adventures of the Norse gods and their foes in a style to delight modern readers of all ages.

A detailed glossary provides a quick reference to the meaning behind names and terms used in the book.

A Source Reference is included for persons who want to delve deeper into the study of Norse mythology.