Choose to be a Victor Instead of a Victim 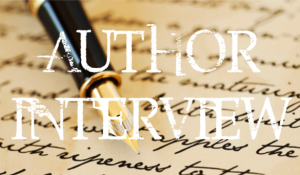 Murder on Spirit Island follows Niki as she attempts to solve the disappearance of a wealthy businessman but finds herself caught in a larger conspiracy. What was the inspiration for the setup to this thrilling story?

My brother is a contractor with the state of Louisiana. At one time, it was one of the most corrupt in the nation. It has improved, but still has a few dishonest workers. Conspiracies to rig bids are not uncommon.

Niki Dupre is an interesting and well developed character. What were some driving ideals behind her character development?

Niki’s driving force is to choose victory over being a victim. I wrote Murder on Spirit Island (plus 21 other full-length manuscripts and 26 short stories in the same series) while incarcerated. I want to inspire others to make the best of difficult times. Whether it is a family situation, finances, health or a myriad of other obstacles, we can all choose to be a victor instead of a victim.

I enjoyed the twists and turns in this novel. Were these planned beforehand or did they develop organically while writing?

I’m a pantser. I plan nothing when writing a novel. I have no plot, no defined characters and no great climax in mind. I let the characters and the circumstances define the plot as they come on the scene. Most of the time, I’m surprised where they take the story.

When will this book be available for readers?